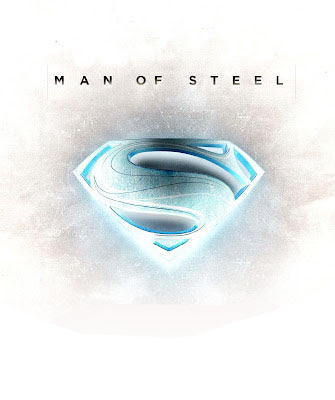 It's actually two trailers. Each one is pretty much the same thing, but near the end there are a couple scenes different, not much and the voice-overs are different.

They're playing randomly with "The Dark Knight Rises," so there is no pattern as which you will see. Again, they're basically the same other than who you hear for the most part.

One has Jor-El (Russell Crowe) narration.

Both are equally good, but focus on different points of view. Jor-El offers a look at human's acceptance of a person of Kal-El's powers, while Kent offers a look at who he is as a human and what he should/will become with those powers.

Not much is shown, but that's expected till we get an actual trailer in the fall...
Posted by Honor Hunter at 10:21 AM

Hope it's good, but why would ANYONE use "watchman" as something representing worth seeing in an ad like the? It was oure crap. Especially the "directors cut."