Goodbye Carousel of No Progress... 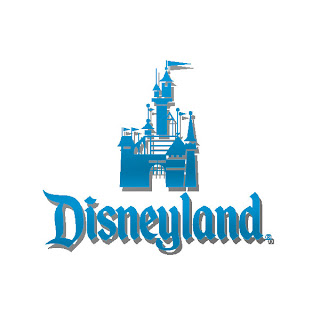 Now that DCA has finally been rebranded as a Disney Park, questions remain...

It won't be answered anytime soon, and it won't be announced for quite sometime, but the focus will now turn to the other park across the Esplanade.  That's right, Disneyland.

We won't hear anything about it this year.  The main focus will be on making sure the rest of the year will build upon and add to the success of Disney California Adventure.  But once the new year begins, Team Disney Burbank/Anaheim and WDI's Imagineers will be hard at work focusing on the plans to expand, update, and in some cases redesign part of the original magic kingdom.  Now, it won't be announced next year (at least in the early part of it if at all).  More likely, it will be teased, but held off till later for a more dramatic announcement.

While plans are still evolving, you can expect the majority of it will focus on the planned restructuring of Tomorrowland.  There are plans in the works for an expansion of Frontierland if enough funding is available. No final budget has been given yet since Glendale is in the blue sky phase of the development, but we can expect some interesting surprises planned for the future of the Mouse's land that celebrates the future.  Not everything will make it, but it's fun to dream because dreams don't cost much, if anything.

But if you could only be in the model room in Glendale come January...
Posted by Honor Hunter at 8:57 AM

Save the Subs said...

Sure, put an E ticket into the Carrousel building, a non theatre attraction for Honey/E-O, People Movers on the track, Rockets on the tower, electric cars in Autopia, but leave the subs and the Monorail station alone!

Sounds like they are planning for a D23 announcement.

Oh man, I'm glad Walt's park is going to be getting the attention it deserves. Can't wait to see how this story develops.

Does John Lasseter make the final decisions at the parks and imagineering? I know he's an adviser for imagineering but it seems like everything needs his approval.

They are supposedly planning on taking out the subs, autopia, and Innoventions.

I can't believe it, the subs just debuted in 2007! They spent +$50 million for new subs just to take them out less than a decade later?

Everybody loves Autopia and people will be very upset if it is not updated.

Sounds like these expansions won't be ready for the 60th anniversary if they're not gonna announce anything until late 2013 :(

I agree, i also thing they will announce at least some part of it at next years D-23 expo. Especially after a lot of people were very disappointed by their presentation last year. ( or at least i hope they announce it since I'm going to the expo for the first time! haha)

As much as I like the Carousel Theater, people unfortunately don't have the patience or respect to sit and enjoy a "Carousel of Progress" or "America Sings" type attraction anymore. Clearing the whole area, and reconfiguring the main throughway needs to happen. Look at the amazing changes that came in '67 when they basically gutted Tomorrowland to it's studs and beams!

Yes, the Parks & Resorts presentation at the last D23 Expo was a little underwhelming, but all these rumors for Disneyland have me very intrigued.

No doubt the Parks & Resorts presentation in 2013 will be very exciting!

If Tomorrowland does have have that rumored huge removal, then I would actually be okay with that. Its time for some major work in Tomorrowland!