Of paint and brush and legend... 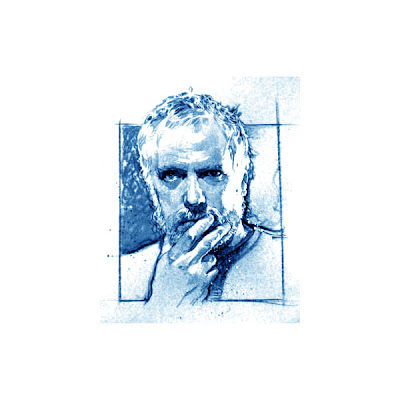 Movie posters are/have been an art unto themselves...

It seems in the last decade+ that that art has died, or at least fallen on bad times. Most movie posters today are just a giant head shots of the stars and the logo of the film. They sell who is in the film, rather than the film. Rather than the story. And like the Lamp, I believe that story is king. It's why I go to see a film. I don't want to see a bunch of soulless FX work with no reason to be up there. I want to be told a story. A film sells a story. A poster sells a film. It shouldn't sell a star.

One entity that has been trying to keep the art of the poster alive for the latter part of this decade is Mondo. They're the collection of artists that do limited edition posters for the Alamo Drafthouse, and have been doing an amazing job of it if you ask me. Lately they've been selling some screen prints of famous posters by legendary poster artist Drew Struzan. His Frankenstein poster is absolutely incredible. I'd say he's my second favorite poster artist after the great Bob Peak. But since he retired in 2008 there have been no new posters from Drew, and the poster world has sunk even lower since.

Over at /Film they did an interview with Mondo's Justin Ishmael, and he seems to have gotten Drew to abandon his self-imposed retirement and entertain the world with his craft again. It appears that they have some secret projects that they are working on with him, and I for one can't wait to see what it is he's working with Mondo on. And we may not have to wait long to find out more with Comic Con only days away. The film world is a better place with him in it.

Now, if Alan Horn can get him to do the new Lone Ranger film next year...
Posted by Honor Hunter at 10:35 AM

Mondo has done a few ok posters. Definetly fan based, and not at all geared to SELLING a film, which is why studios don't/won't use them for anything other than very limited specialty items. Of course, from a business point of view, they're 100% correct. Designing a poster for a major film usually takes about 14 months (the average).