Fish falls for girl, girl no so much... 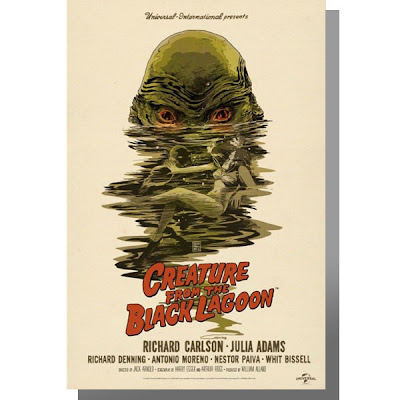 They make some amazing posters. When I was a kid, I remember being obsessed with "Creature from the Black Lagoon" so much that I bought a glow in the dark model from the back of a comic book. When it got to me, I was somewhat disappointed in the fact that I had to put it together. I thought it would already be in one piece, impatient lad, that I was.

If you like this poster presented exclusively by Collider, then check out the collection that the art studio has put together. Really impressive stuff for a film geek/Universal Monster geek, or just someone that loves collecting film posters.

Maleficent, I believe you have an appointment...
Posted by Honor Hunter at 7:09 PM