A Future Without Rules, A World Without Walls...

You can connect, but will you disconnect... 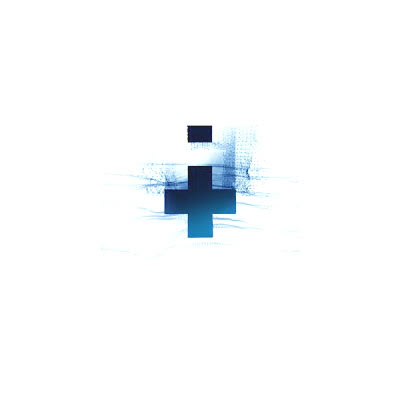 The future isn't written, it's a path...

Media companies have come to rely less and less on the Big Four Networks as time has gone by. The days of sitting down to watch what was on the tube started to crack when Cable came out. Then with various other media sources, HBO, Showtime, etc. it slowly started to release the grip that those few networks had on the content viewers would get.

With the introduction of the Net, the world of Cable suddenly had competition. Not just from websites, but content that could be independently generated. But the promise of the Internet hasn't yet been fully realized. The potential that was there hasn't been able to break apart and show that it can be of the same quality as Network/Cable show.

Take a look at this trailer for the new series produced by Brian Singer, entitled "H+" that just premiered. It looks incredibly professional, intriguing, disturbing and high quality. Like something that I'd find on network television or FX, or possibly A&E. But it's not on any of those channels. In fact it's not on a channel at all. It's a digital series that will premiere on YouTube on August 8. And it shows you not only what the future looks like in this apocalyptic series, it shows you what the world will be like in entertainment in the future as well.

I know that the Mouse is experimenting with a Disney YouTube Channel that is supposed to have original content ("Where's My Water," etc.), but they and other media giants need to take note of this kind of platform and focus on it.

For years, I've been warning that Disney should get rid of ABC before it became worthless. Network television has been on a downhill slide for years. Now that they are getting even more quality competition from cable along with internet, ABC's value will continue to drop.

Hopefully Disney will sell it before they lose any potential significant value they might be able to get.

I suspect what we will see are the big companies, perhaps even keeping the big networks for brand name recognition, will start having their content creep onto the internet.

It will start slow. Like what we're seeing now. A lot of shows premiere online only a few hours after it airs on TV. Eventually, I think, all channels will start doing this.

Then, content will premiere online at the same time as it does on cable. Live news broadcasts will be streamed online, all the time. And then, when all TV's are internet ready, the content will start premiering online exclusively.

In the future (I'd argue in the present), consumers will want to be able to access content anytime, anywhere, on any device. So, that's what we're gonna get. Eventually...

Here's a link to the trailer on the actual H+ YouTube channel instead of someone else's:

(Quality is a bit higher too)

Looks like a very interesting show! Can't wait to see it.

It makes me somewhat sad, since both of my parents worked in television for years at the local affiliate stations. I still enjoy watching real TV rather than something on my small laptop screen, but I guess I'm one of the few now.

Jinny , you don't have to watch it on a small screen. Most people have their internet connected to their televisions and cable. You can see this on a giant screen tv in HD, which is part of what Honor's point was I believe.

The world has expanded beyond that small box in the center of your living room.