Doesn he do whatever a spider can 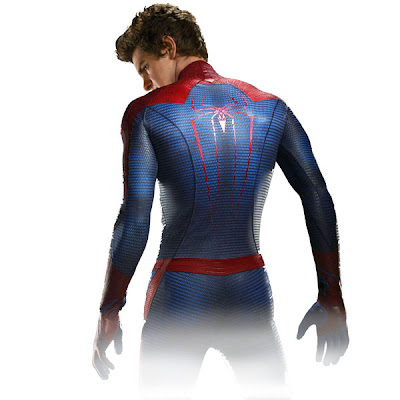 Hey, the Colonel here to report with some recon:

Is the Amazing Spider-Man perfect? No.

Is the Raimi Spider-Man perfect?  HELL NO.

Is The Amazing Spider-Man the best adaptation of the character?  Yes.

So instead of writing another review, I wanted to mix it up a little and concoct what I think a perfect Spider-Man movie would be using two ingredients:  The 2002 Raimi film and The Amazing Spider-Man.

OPENING – The Amazing Spider-Man (TASM) – Great, love it.  It has mystery, suspense, gives Peter and emotional drive, maybe a little like the opening in “Batman Begins”, but let’s roll with it.

So we CUT the VO off of Raimi Spider-man (RSM).  And NO VO in the end, having Garfield saying “Spider-Man” on the bridge was pretty much perfect. So that brings me to…

Garfield IN, Magurie OUT.  In fact, Maguire isn’t even in the same league.

Stacy IN, MJ OUT.  Ditto for Dunst.

So what do we keep from the RSM?

This is where TASM failed in my opinion. It misses Peter’s central friend in his life, a friend who will reshape Peter’s destiny.  Keep RSM scene with Harry and Norman with Peter – great set-up for characters, their arcs and future villains.

Norma Rae Aunt May – IN, Willard Uncle Ben IN. Rosmarie Harris OUT, Robertson OUT (may he rest in peace – EXCEPT FOR THE IMMORTAL WORDS “WITH GREAT POWER COMES GREAT RESPONSIBILITY – IN, IN, IN, IN).

Curt Conners IN, Norman Osborn as Green Goblin OUT (that will be in part 3).

Keep ALL of Origin of Spidey from TASM, CUT RSM.  Cut the sorry cafeteria scene that looked like a warners bros. cartoon,  maybe keep the bus scene the before and after…

Origin of Spidey, TASM does it right, big IN. But we keep from the RSM the wrestling scene (have Garfield crash in the ring, getting inspiration with costume then CUT to wrestling scene from RSM).

RSM Crook holds up bookie IN – Sheen getting taken out by liquor store OUT.  Crook blazes by Peter in RSM IN.

Immortal words (yes, I am repeating myself) IN, Sheen’s paraphrasing gibberish OUT.

(Not to jump ahead but since we are on the subject, Flint Marko in Spider-Man 3 being the guy who helped with Uncle Ben’s murder OUT,  but let’s just have an OUT for the whole Spider-Man 3 shall we?).

TASM when Peter dresses up and takes out hoods IN (a little Batman Year one, but still cool none the less),  then we CUT to  RSM as he is tracking the killer.

Keep warehouse scene from RSM. The whole enchilada baby, THIS is what makes Spider-Man who he is.

BACK TO TASM Origin, keep everything and sprinkle in Norman and Harry, not at graduation but a function. Like I said before, NO GOBLIN!  He is only Norman and he has the scenes with Peter in RSM.  We get that he treats Peter better than his own son, we build on this relationship for the future.  So we can replace Rajit Ratha with Osborn, and Conners argues with the CEO about testing.  Get rid of the Osborn dying part, he is very much alive in the Redux.

Origin of Lizard – I liked that Conners was Peter’s professor and I love the comic book back story with him and his wife and kid but fine, could have used a better plot device but let’s give TASM this one.

TASM - Coldplay, Peter and Gwen, dinner scene – GREAT.  After the shot with the bugle, instead of the Lizard on the cover it is Spidey whith a tag line “WHO IS THIS MASKED VIGILANTE?!”  So that gives Peter the idea and now for extra money he starts selling his pics for cash that’s where we bring in J.J.J.!  How can you make a Spidey movie without one of the most iconic characters in comic book history?  Spidey without J.J.J. is like Batman without Robin (oops, bad example, maybe Burns without Gracie?).  You gotta have some J.J.J., and Simmons was great in that part so we have Peter freelance for J.J.J. and that is why he sets up his camera to take pictures when he is in the sewer tracking the lizard.

KEEP Peter whisking off with Gwen, swinging in the sky (okay, it was a little like “Superman” The Movie, but it didn’t have that horrible “If you can read my mind” song that gives Celine Dion’s  “Titanic” theme a run for its money, so we will keep).  But if we keep that then we CUT the rain scene with MJ which is fine by me.  Dunst in the rain is as sexy as Shelly Long was as Olive Oyl in “Popeye”.

And now we play TASM from here on out. FORGET the lame montages of Spidey taking out crooks in RSM, FORGET the burning building in RSM to save the baby, the new one with the kid in the car is far superior, FORGET the awful parade with Macy Gray, FORGET Goblin knocking him out and NOT EVEN ATTEMPTING TO TAKE SPIDEY’S MASK OFF!, FORGET the challenge that Goblin proposes to Spidey about saving MJ or the kids (it worked better in “Batman: Forever”).  Keep TASM as it is, complete  with:

Webshooters – THWIP!  The organic webshooters have sailed away on the Titanic with Cameron and crashed in the iceberg.

Elfman vs. Horner and the winner is…ELFMAN BY A LONG SHOT!

Crook with Knife – LOVE IT!  Go suck an egg Maguire!  THIS is what Spidey is about!  He is awkward, clumsy, shy and pensive as Parker but when he puts on the suit he is brash, wise cracking and over confident.


Parker coming home to May all beat up and bruised – EPIC.

Spidey’s poses – right out of the FREAKIN comic book!  I know CGI has gotten a lot better, but come on, Webb actually did a lot of stuff practical and it shows, great work with the stunt team and CGI artists to bring Spidey to life right out of the panels.

Stan "The Man" Cameo vs. Stan Lee Cameo in RSM - Excelsior to TASM!

We actually SEE Garfield make the suit, it just doesn't magically appear like in RSM.


And again Garfield, he makes Maguire look like the new Michael Keaton or maybe even Adam West.  Maguire should have just stayed home and drank from the Cider House Rules because Garfield OWNS the part.

Stacy and the funeral (remember no funeral for Osborn we just set him up later).  Harry instead goes to Stacy’s funeral (ok, we can’t just splice and dice, this will take reshoots, mocap, cgi set builds and frame restoration but I think we are on to say something).

Whoops this is the digital age and we are trying to write a script or scriptment or treatment or an opinion? Whatever…FADE OUT.

I’m sure I left out a lot, so the haters will hate, but in my opinion true believers this would be an amazing Spider-Man.

Posted by Colonel Kurtz at 9:09 AM

While I agree that TASM wasn't perfect, I feel you're being a bit too critical with it. They did a much better job of creating what is in the comic than Raimi did. I don't expect everything to be like I would have wished.

I think you're right about most of your criticisms of the film, but overall, it's a much better film than the original trilogy. And I agree that Maguire is the new Keaton. Cheers!

We really enjoyed the movie. Garfield is way better, I agree, than Toby Maguire ever was. My daughter says now, at 13, this is her 2nd favorite movie. I think you can pick apart any movie but aside from a few things, this movie is funny, sad, and great! The scene in the library, priceless!!

I can't wait to see this. Spider-Man is one of my favorite characters, but the Raimi films left a bad taste in my mouth. They were way too kooky, and Maguire never felt right as Spidey. When they killed off Doc Ock in the second film, I gave up.

I thought the movie was just ok. It seemed to think Spiderman swinging on a web is a big deal. We 3 movies of web swinging. The Lizard was a poor choice for a villian and in the end was it's down fall. Lame plot and sometimes lame direction. The whole crane scene made me cringe.