The Grid At Comic-Con...

Greetings from the Grid, San Diego... 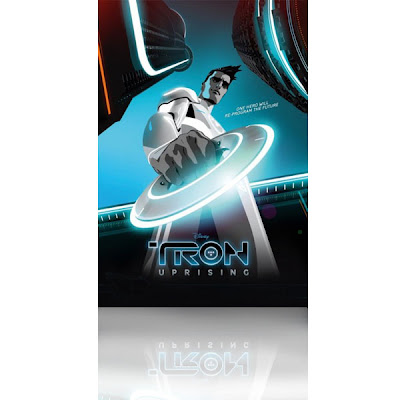 Tron had a presence at this years Comic-Con...

It wasn't a major announcement of TR3N or anything (a few small hints, nothing more), but it was there in the form of the animated series "Tron: Uprising."

Now, I could go over the panel for you, but wouldn't you rather just see it for yourself? Thanks to Inside the Magic, here in its entirety is the panel from Room 6A:

The panel is seen with the exception of the "Scars" teaser episode (which you can now see via the link to Disney XD's YouTube channel) and a few other bits (like the show's sizzle reel here.). It's a fun panel with a lot of love for the original source. If you love the Grid, Legacy or the promising new series, take a look.

Now, hopefully next year they'll have a little surprise for us about that sequel...
Posted by Honor Hunter at 9:04 PM