Dad is out looking for Harpo again... 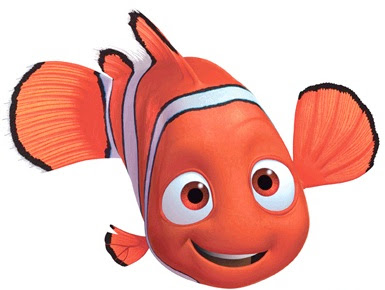 So Andrew Stanton is going back to the well...

Deadline Hollywood, the site that doesn't like to credit non-approved websites for breaking stories has the breaking story. Stanton will film a sequel to his most famous creation: "Finding Nemo."

After the lackluster box office of "John Carter" because of the marketing departments totally inept campaign, the director is moving into familiar territory. Disney hadn't confirmed it as of this morning, but it makes sense. According to Deadline, the Lamp is very happy with the take that the director wants to take with the story.

Hopefully, it'll be more than just finding this time around...

Sources are reporting that scribe Victoria Strouse (The Apostles of Infinite Love - Black List 2008), has been hired by the Mouse to write the script based on Stanton's idea. It looks like they're aiming for a 2016 release date.
Posted by Honor Hunter at 11:11 AM

Oh no ... When I read it on Deadline, i really was hoping that you could firmly deny this article.

Stanton always was the loudest opponent to sequels ... :-(

So that's all Pixar can do nowadays: sequels...

Still no Incredibles sequel... the only one fans actually want

Why can a good movie never stand on its own? Why must Hollywood create a sequel for anything even remotely successful?

You guys can't be serious... They're only doing sequels now? Are you kidding me? Look at their upcoming line up. 3 of the 5 films announced are completely original.

And great stories can come from sequels. Look at the Toy Story films.

And the reason the Incredibles sequel is taking so long is because of Brad Bird. They're not going to do it without him, and he's really busy doing live action.

It sounds to me like he's trying to restore the high amount of "bankability" previously associated with his career... which is understandable, after John Carter. But still, this is really sad, considering Finding Nemo seemed to have one of the most "finished" stories of any Pixar films.

Gettin a bit tired of John Carter's lack of success being blamed on the marketing. Face the facts; it was a poor film.

It'll be interesting to see the story he's come up with for the sequel once more info is released.

After making a major critical and financial disaster like john carter, this almost makes sense. He bit off more than he could chew (john carter really is an awful thing).

Sadly, a sequel to Nemo wasn't what anyone hoped for.

Since Brad Bird is back at Pixar, I expect an Incredibles 2 announcement soon, too.

Hardly original. There were at least 3 previous features based on the story (Titanic, A Night To Remember, and the Nazi propaganda Titanic), as well as 2 TV movies and one Broadway musical.

I was hoping Andrew Stanton would be run out of town for his deplorable effort in live action. This just proves that Pixar is out to deify their so-called brain trust more than create original films.

All we need now is for John Lasseter to show up in an Internet interview saying "I approve of this new film!" and the entertainment world will sprinkle holy water over his words.

You think John Carter was an awful thing? I really disagree. It was a very good movie, but the ads didn't convey what I saw in the theater.

Run out of town? Get a life. It was a fun, heart felt and romantic action film. I just wish they had realized that when they started trying to see it to people.

Bird is not back at Pixar.

But he is back at Disney. His next live-action film will likely be for the studio.

"Hardly original. There were at least 3 previous features based on the story (Titanic, A Night To Remember, and the Nazi propaganda Titanic), as well as 2 TV movies and one Broadway musical."

I was counting it as original because most of the plot revolved around the love interest between Rose and Jack. You could make a strong argument that it is not original because the other half of the plot is about the sinking of the Titanic which has been well documented.

Fanboys are so funny! Obviously inferior action flicks like JC are viewed as wonderful only because they satisfy some kind of macho obsession. And yet a decently made romantic comedy is always shot down. Just an observation.