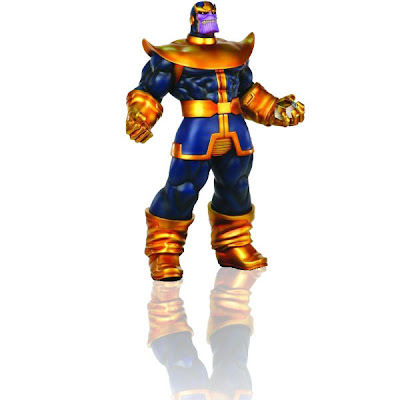 Those of you that have seen "The Avengers" remember the post credits...

Particularly the first one with the big guy with the purple skin. Many people wondered who that was, and I'm sure Google got a lot of people looking up the word "Thanos" over the last few months.

But for those of you that haven't seen the film (are there any?), Marvel has now released the first post credit online for your entertainment. And to sell a boat load of these. I expect we'll be seeing more of him over the next couple years, particularly 2014. And once he's defeated who else will we see fill the void?

Too bad they cancelled that "Thanos: Son of Titan" mini-series...
Posted by Honor Hunter at 10:23 AM