What are items one through forty-six... 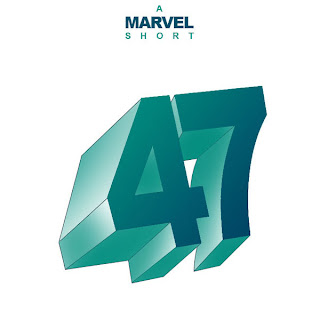 When the "Avengers" Blu-Ray comes out next Sept. 25, it'll carry on Marvel's tradition of having extra shorts that enhance or continue the story...

Only this time it won't be S.H.I.E.L.D. Agent Coulson doing it for obvious reasons (sorry if that's a spoiler for you three people that haven't seen the film).  It's interesting how Marvel Studios releases shorts with each film when it comes to home viewing.  Those little extras add a great incentive for fans/consumers to purchase the DVD/Blu-Ray, but it also helps to expand the Marvel Cinematic Universe beyond just the films.

The newest short is the longest of all at 12 minutes, and it takes us after the Avengers.  It's called "Item 47" and it involves a criminal couple that happen to find one of those weapons left behind by Loki's army.  Remember in the MCU, we now have been invaded by an alien army so the world is going to suffer from those repercussions and the fallout from what has happened.

With each short we seem to get further into this integrated world, and are given the opportunity to notice or be introduced to other Marvel characters.  I know from talking to people that the Suits at Marvel have thought about using this format to test reaction to characters that could someday have potential theatrical possibilities.  Now, so far they haven't revealed any well, or even moderately known characters, but they are setting up a subsection of their world for us to explore and it leaves great openings.

Who knows, maybe Marvel will release a box set of all the shorts as a tie-in to their known shared world...
Posted by Honor Hunter at 2:37 PM