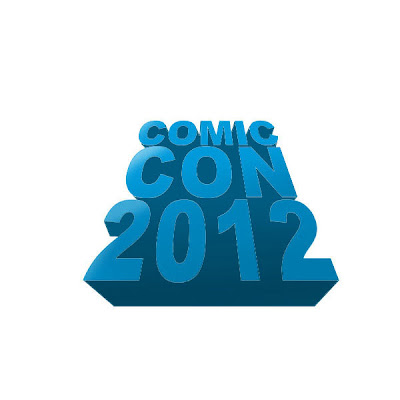 This week, all geeks flock to Mecca, or San Diego as we call it...

Comic-Con 2012 will begin unofficially on Wednesday, and then a horde of geeks/nerds/fanbois will descend on the peaceful, seaside city to extort revenge for many a night of no date, or the low score on their X-Box live account.

But seriously, the world of pop-culture will see the latest films, shows, video games and yes, even comics will be there to be showcased. And I will too. Of course, I won't be able to attend everything, but I do plan on being there to report to you what Blue Sky finds important and relevant. Or at least as much as we can report.

I don't know how many more years I'll keep doing this. I've been going for over a decade, but each year it gets harder and more difficult to handle. It used to be a fun trip to buy back your childhood, but lately it's become a hassle as the crowds have grown. I know that the organizers have signed a deal with the city to keep it there, but unless they expand the convention center soon, and make it so that tickets aren't as hard to get as a rock concert, this may be my last.

Of course, I said that last year. But I still have yet to see the plans the city has for dealing with this and many other problems. If they don't work it out, Anaheim and Los Angeles await. Which are more convenient and have more space, but lack the fun of travelling to the lovely city further south of what is popularly known as Southern California.

Stay tuned for reports on our perceptions of what happens when "Man of Steel" finally gets a look at by the ones that really care. As well as that film about Hobbits and such. Maybe even a thing or two about superheroes (even Marvel superheroes). If you see a guy in a large gray trench coat with a red hat... that won't be me.

Sneakers, jeans and T-shirt are my modus operandi...
Posted by Honor Hunter at 8:35 AM

Have fun, looking forward to hearing about it!

Will you be going to the Legend of Korra panel?

Anaheim barely handled Wondercon and two scholastic sporting events, in the middle of the off season. Even if Comic Con moved cities, it won't move on the calendar. The Anaheim area can not handle a Comic Con sized event and the height of the Disneyland Resort summer crowds at the same time. As for LA, unless fifteen or twenty hotels and parking structures, are going to be built withing walking distance of the convention center soon, it ain't happening there either. The San Diego expansion will happen, it will just take time. The Con and the city need to start using the other assets, including Petco Park, more efficiently, in the meantime, to pick up some slack. And no, an expensive Walking Dead event is not what I would consider efficient.

A Twilight fan was killed today crossing the street in front of the convention center. If that isn't enough reason to move the con to L.A. I don't know what is.

Right, because nobody will need to cross any streets in LA. Today was tragic, but some poor woman tripping while legally crossing the street and being hit by a car that couldn't see her has nothing to do with where the com is held.