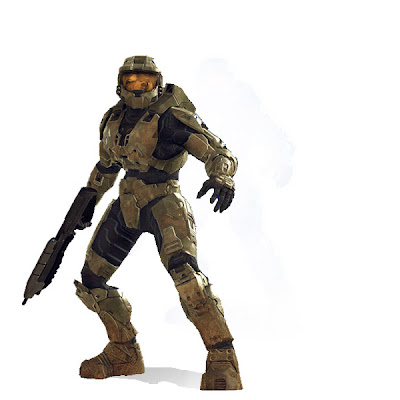 Now here's an interesting story that could become something grand...

It seems that Steven Spielberg has fallen in love with a new script. He apparently wants to begin his new relationship with Disney with a bang, if you believe the new rumor floating from IESB. The man that brought has brought us more blockbusters than any other Hollywood director/producer read the latest "Halo" script by Stuart Beattie and wants to produce it. It appears that the version we were to see produced by Peter Jackson may not happen. But this would be a nice consolation prize if the script is as great as Spielberg reportedly makes it out to be, plus a great director since Neill Blomkamp appears to no longer want to film it. I remember reading an earlier draft several years ago, and while I enjoyed it, I didn't think it was anywhere near the greatest sci-fi story you could tell, and for the kind of budget that was going to be needed to tell it, it had better be great. That's a lot of money to be tossing around.

Developing...
Posted by Honor Hunter at 1:05 AM

Beattie is a good writer, but I just saw G.I. Joe, which is one of the dumbest things I have ever seen in my life. Where are the facts? Who's going to direct, who's producing, is Jackson returning? Some people were complaining that the Master Chief should remove his helmet in a movie, well if he did that kind of defeats the purpose doesn't it, he never does it in the games, except once, and do you see it? People who start rumors don't have a life. Facts, facts and more facts.

The fact that WETA won't be involved anymore, is just disappointing. They had HALO written all over them, especially after they built that full sized working warthog.

I'm one of those people thinking that Master Chief has to have a human face...

Otherwise, I'm just watching a guy in a motorcycle helmet blow things away. I won't connect with it, and most likely the audience wouldn't either. Movies are not games, just like books aren't movies. You have to adapt them and take what works.

And not be afraid to throw what doesn't out...

Halo is a fun video game series, but the story is atrocious. I hope they don't make it a movie. It'll be worse than Transformers 2 or GI Joe.