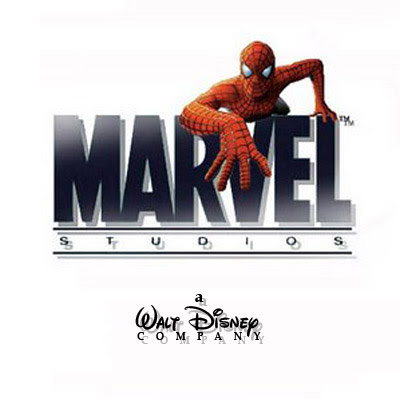 Wow, I didn't know I was this powerful...

Who would have thought a little column by me, called "Without Tights" would cause a light to go on in Bob Iger's head? Just kidding guys. But I did make observations in that article that suggested the Mouse was indeed a little short in the Super-Hero department. A little later, I made a comment about an article over at the Motley Fool comparing the two companies, which are ironically, now one.

First off, my initial response when I woke up this morning before heading out was... well, I can't say what it was. The expletives, I don't use on this website. But I was quite surprised and taken aback by the news, just like everyone else in Hollywood.

Secondly, this does take care of the Disney's huge vacuum of underwear wearing characters. I have a feeling that any of my suggestions from that original article or the half-finished sequel to it will never ever happen. After all, they now have 5000 new characters to exploit in film, television, video games, books, internet, ect. and so on.

As for how this affects the deals with the other studios, that remains to be seen. I can state that the deal with Paramount is practically a given. They've got a five picture deal that includes "Iron Man 2," "Thor," "Avengers," "Captain America," and one more to be determined. After that, it's almost a forgone conclusion that any other sequels or properties developed after 2011/2012 will have either a Walt Disney Pictures logo or Touchstone Pictures logo attached to it.

As for "Spider-Man" over at Sony? It'll most likely stay there for quite a while. "Daredevil," "Fantastic Four" and all the "X-Men" properties? They'll remain at Fox until they get a clue as to how to take advantage of these properties or simply have run them into the ground. At that point, Disney could step in and take the license back, albeit for a price, I'm sure. The Friendly Neighborhood Guy is the Holy Grail that will be outside of their grasp for the time being... for the time being.

As for the theme parks? That is a more complicated set of circumstances there. With all the deals struck with Universal and the plans for a park in Dubai, I'd guess it'll be at least a decade before you see any form of major appearance in the parks. It's just going to take time for these agreements to expire or be bought out. But make no bones about it, Disney plans on using these properties for their own interest and I don't blame them. They paid four billion dollars for them! They have every right to do so.

Now, if they'll just focus on buying Lucasfilm and prying those beloved characters from George's hands, I'll be a very, very happy guy...
Posted by Honor Hunter at 10:26 AM

Maybe Disney should buy Lucasfilm. But I figure by the time Lucas gets done with the Star Wars characters, they'll be so unpopular and devalued that I could buy them.

Well George Lucas has certainly Disneyfied Star Wars enough already so it's a perfect fit with Disney. All they need to do is just shake hands and close the deal. I will rue the day that Bluesky posts Vader with mouse ears.

You really think that Disney could do as bad for Star Wars as Lucas?

Perhaps they could put the people in charge of "Tron Legacy" in charge of the Star Wars properties? They seem to be on your good side for the most part.

I wonder what this means for all the costumed characters on Hollywood Blvd? Disney is very protective of its characters. Are we going to see anymore poorly dressed Spiderman or Wolverine posing for bad pictures and begging for money? I guess there's always Charlie Chaplin and Marilyn Monroe.

Can you say chaching?? $$$$
Iger can smell the money about to start rolling in. You think Hannah Montana is over marketed? Watch out, Marvel will be everywhere. I just hope not in the parks.

In the first place, this deal, like the Pixar deal, was most certainly made with the long-term view in mind. So...for the time being, the Marvel 'leads,' like Spider-Man, the X-Men and the rest are locked up in the clutches of other theme parks or studios. That will eventually change, and in the meantime, Disney will pocket the cash from these deals.

Mind you, this doesn't keep Disney from developing their own stuff outside the realm of the contracts. They may not be able to make a Spider-Man movie with live actors, but they could make a Spider-Man animated cartoon.

Moreover, let's say that like 50 characters are locked up for the next 15 years. That leaves 4950 characters to mine for ideas, for new properties, for new films, rides and the rest. And played right, as Marvel did with Iron Man, it could feel "new" to customers.

Here's an example. Let's say Disney tasks Marvel to go through their library and relaunch something from their past, like "Cloak & Dagger" from the 1980-s. They do a great job with the relaunch, creating a "new" franchise that has legs across all media and theme parks. Or "Power Pack."

It was a kick-arese move for the Mouse.

Disney couldn't even secure the rights to broadcast the "Clone Wars," and that was an obvious fit that would have filled a glaring need for them. Heck, they could have built the "DisneyXD" channel around Star Wars. Huge missed opportunity.

Yeah, with 5000 different characters, I doubt we'll see Spiderman and them in Disney parks.

However, I'm sure there are some characters that are so far back that Disney could use them to make movies. Or TV shows.

Although at first it seemed odd to me, I think it was a great move by Disney.

Other studios have deals to develope and expoit certain characters.....Marvel (now Disney) get's paid for that. Disney basically has all of Hollywood working for them. I think that is a pretty good plan.

Great move by Disney!. I was surprised, but happy. MARVEL's presence in the parks will certainly be seen, but i don't think the characters will be walking around with Pluto and Grumpy.

Do I smell a third gate? Moowaaahahaha

By the time we have a Third Gate, perhaps the agreements with Universal will have or be about to expire.