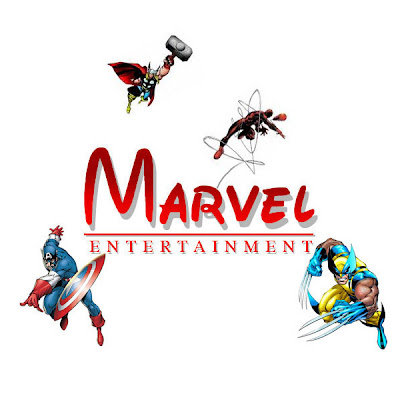 More thoughts on all things Mouse and Marvel...

Just more opinion and speculation based on what's been happening throughout the day. First off, I know many of you, from e-mails, comments and post all over the web have been bemoaning the death of Marvel now that Disney owns them, or will by the end of the year. Please, no more Deadpool/Mickey Mouse team ups comments. Those that aren't very familiar with Disney, I'll cut you some slack. Those that are familiar with them, you deserve no quarter in regards to this line of thought. Remember how people thought a few years ago that Pixar was over now that the Mouse was fully in control? It turns out to not be the case. I'd say that the Mouse influenced no and total control over the making of such masterpieces as "Up." Why did I put it that way? Because they did have total control over the projects since they've owned them, but also because Lasseter, who is in charge of all Disney Animation (except WDTA), was in charge of the project. Iger put Lasseter in charge of those divisions and he has in no way interfered with him. He's taken a hands off approach that looks at each division as it's own kingdom. As long as that kingdom does right, he doesn't interfere with it. Marvel is doing pretty well right now, and I have a belief that Iger will take a hands off approach to Mighty Marvel as well. In fact, I think with the backing of Disney, comic book fans will see a growth in quality properties, not a decrease.

Some people have joked about a Pixar produced Hulk or many of the characters going CG. There may be projects that work for the studio, but I don't think that any Marvel characters will show up in the Lamp's pictures since it develops its slate internally. The same for Walt Disney Animation Studios as they do the same. Almost all pictures will most likely appear under a Disney banner (Walt Disney Pictures/Touchstone Pictures). That doesn't mean that there won't be cross polynation of projects. You can be sure that the Big Cheese, John Lasseter will have some influence on Marvel as he has had a growing influence over several divisions of the entire company. And that is a good thing. And don't think I'm meaning something like "kiddified" or "Disneyfied." I mean simply creative. Lasseter believes in letting creatives take charge and not be ruled by the bean counters. Nothing against bean counters now, but they're not the best to judge what to do with where a story goes. That's the problem Disney animation had during the past decade. It's not a problem they have now, and I think it'll show very much so come this holiday season with "The Princess and the Frog."

I believe Iger is looking at this as a very long term strategy and it's going to take a while, perhaps a decade or two, before all of the companies properties are brought under the umbrella of protection of the company. And he's prepared for that. But he's got plans in the meantime and you should start seeing fruitful results within the next couple years. As for seeing a Spider-Man film that starts off with the Walt Disney Pictures logo?

That may be part of the longer strategy...
Posted by Honor Hunter at 11:36 AM

Guarantee we're going to see a Power Pack film from Disney in the next couple years. Guarantee it.

You can take Potter, sure the boy wizard will be fine in your parks.
Oh, that is a lovely little set up you have with Marvel... oh yes, we own them now... so in a few years... sorry.. tough luck dudes.

When do the theme park tie ins with universal expire?

Honor, does this have anything to do with the hiatus on Spider Man Turn Off The Dark? Do you think that it become a Disney Theatricals production?

It has nothing to do with the theatrical production. This all happened rather quickly, don't expect the results of this to show for a couple years, if that...

Universal made announcement!!! As expected, Universal's deal with Marvel gave them exclusive use of the Marvel characters for all Uni theme parks.

It could be a clever business move from Disney. Obviously this isn't going to have an immediate impact, but in years to come, those franchises will continue to run and sell. In what format? We don't know.

I guess Disney will stay away from the publishing business, so comic buyers shouldn't notice much of a change. I.e. no Disney label or big shakeups.

What about the Boom studios deal?

Power Pack would be a very good call as an early disney\marvel project. Very relatable to young kids, and has some history. I'd support that at the cinema or on TV or in comics.

I wonder if The Runaways is wrapped up with Paramount (i'm sure the deal was more than what's been announced), because that would make a great adaptation.

I could go on.

It will be strange going into Islands of Adventure next year though!

When Disney subsumes Universal within the next decade or so, the Marvel-in-the-theme-parks question will become moot.