PULSE: The Stories Of John Hughes...

“Life moves pretty fast. You don’t stop and look around once in a while, you could miss it.” 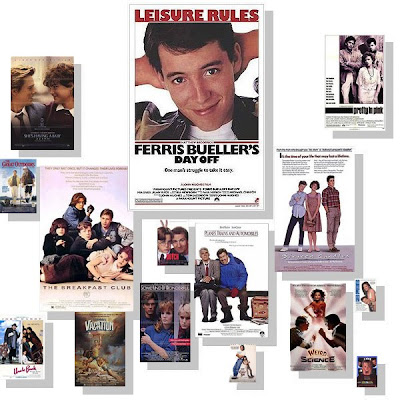 I just wanted to take a moment to illuminate upon my thoughts of a passing...

Not everyone can write. Not everyone can write good. Very few can write with such a unique voice that he/she captures the pulse, feelings or thoughts of a generation. John Hughes was such a person. I'm not saying he's John Ford or Cecil B. DeMille, but then again, he never set out to be. But in the 80's he was a defining voice of youth, teens and the lives they lived, the feelings they felt and the heartache they endured. For me and my generation, he was our muse.

No other voice, cinematic, I mean, other than someone like Cameron Crowe spoke for my generation. Even though he wasn't from my generation, he understood it. He felt it and he translated it. From his directorial debut with "Sixteen Candles" to his last directing effort, "Curly Sue," he created characters that were identifiable, not Super-Heroes (sorry, Massawyrm). And after that last effort, clearly not his best, he withdrew and never directed again. He would go on and write and produce films, but he would never again go behind the camera as a director. No one knows exactly why, but maybe he felt that he had done all he could do, or would do. Perhaps the voice he had for those characters suddenly said: "I'm done" and flew away leaving him with a blank page and no will to write it. Or at least not take his words and follow through with the vision he captured through the camera lens. Personally, I feel he believed that he had a limited number of stories to tell, at least as a director. And perhaps, he had realized one or two films too late that he should stop. And so he did.

It's sad, because I for the longest time wanted to see the unfilmed "Bartholomew Vs. Neff" that he planned on filming back in the early 90's. For those that don't know, this was a story about two feuding neighbors that go to battle over a local disagreement that was to star John Candy and Sylvester Stallone. It never came to be, sadly. Can you imagine Sly speaking John Hughes dialog? I would have bought a ticket for that alone.

He made many films, but will be forever known for his teen comedies. Those that he wrote and directed ("Ferris Bueller's Day Off," "Sixteen Candles","The Breakfast Club") to those he simply wrote and produced ("Pretty in Pink," "Some Kind of Wonderful," "The Great Outdoors"). My favorite was/is "Ferris Bueller's Day Off." It's a film I quote from often. Ferris was the ideal student, the one you wish you were should you not want to be on the football team. But all his films had pieces that we all remember and you can't watch a teen film today, I mean a real teen film, not something with fart jokes, that doesn't owe a great deal to his influence.

I wonder what it would be like had he continued directing film instead of quietly fading into the background, but maybe he was leaving us so that we would remember him for what he had did. Not for what he could have done. So, I don't know about you, but I'm going to flip on my television a little later, after I've popped some popcorn, and put in "The Breakfast Club" followed by "Ferris Bueller's Day Off" before I hit the hay. I feel sad that I'll never have the chance to hear his filmatic voice again. His voice was what I heard many Friday nights of my adolescence and with it gone, so is one of the few remaining memories of my high school years. 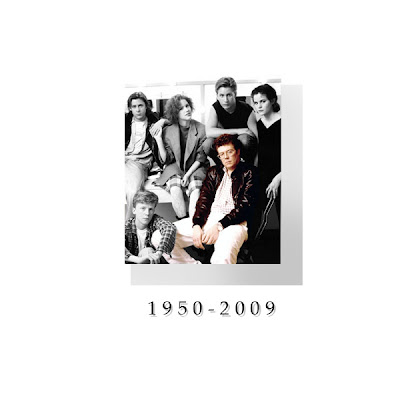 Even if you take away all his teen films, he may be the greatest comedy filmmaker ever.

In my opinion, "Vacation", "Great Outdoors" and "Trains, Plains & Automobiles" are contenders for best comedy of all time.

Thanks for "honor"ing him anyway.

Anonymous said: "John Hughes did write "well", unlike some who call themselves writers."

I'll tell my editor you said that...

Hey, I speak the word of the street. I write with a prose that is my own.

"Home Alone" is probably the film associated with Hughes that will live the longest. It's already a classic. I watch it every year as part of my holiday ritual. Rest in peace, John.

John Hughes is definitely in my top ten of comedic writers/directors (along with Woody and Nora Ephron). Not only could John write well, he could do it blazingly fast. Hughes cranked out the script for Breakfast Club in one weekend. One weekend! And he made very few changes to that original script while filming. Now that's a writer's writer.

My fave Hughes film will always be Bueller. The final 'chase' scene at the end is classic. "I think we should shoot her." Love it. (Bueller's mom and dad in the film actually ended up marrying in real life. Hughes the Matchmaker LOL.)

Enjoy your eternal rest, John. And thanks.

A whole weekend? He didn't even need that long...

I wish I could write that well in such a short space of time...

"A whole weekend? He didn't even need that long...

Not to be annoying, but how long are your weekends? Mine are only two days long.

Yes, Hughes was a good writer and great director. Thanks for honoring him.

I became a fan after reading his National Lampoon pieces. Truthfully, his films--although I agree they're great--only hold up if you were a teen during that era...a white, upper middle class teen. No offense, because he didn't set out to fix all the world's problems...but after all those films and all those white spoiled rich people, it's deliberate. No need to make him a saint. Very good. But not a genius.