When Will The Light Go Out? 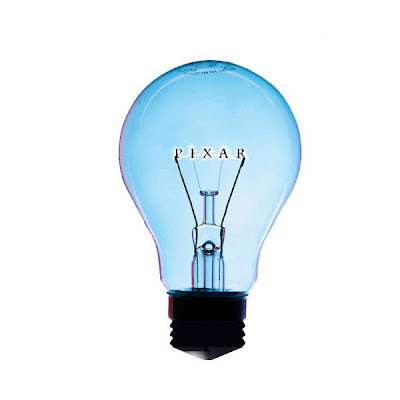 Nothing last forever and you have to wonder how long before the Lamp flickers...

They produce only one film a year, but have a remarkably consistent strategy of success. Pixar Animation Studios is a studio that would be the envy of all in Hollywood. They're ten for ten with no disappointments and no bombs since their first film came on the scene in 1995. Many thought that as they ramped up production, from a picture every two/three years to one a year, that the quality would slip and so would their record. No so, at least not yet.

So it got me wondering... always a dangerous thing for me, but I thought, what could/would be the first failure for John Lasseter's little Emeryville Kingdom? So I decided to look at their film schedule and try to analyze which one could possibly be a failure, or at the very least, a disappointment.

Over the next four years we can expect four films, should they keep to their current plans:

Will "Toy Story 3" be the first to fail? To quote the late John Wayne: "Not hardly." The only way this film will be a failure is if there is a power outage all across the nation the weekend it opens. I'm sure attention to detail has produced a very well done script, but even if it hadn't, can you imagine the crowds going to see this? From those that have been fans since the original to the young kids that have grown up with Woody and Buzz on video and in parks; it's bullet proof. No way will this one be a failure.

Well, then we go to 2011, which for the first time will have two Pixar films in one year. The first will be the summer release of "Cars 2" and the later will be a holiday release of Pixar's first fairy tale: "The Bear and the Bow." One of the reasons the new "Winnie the Pooh" film is coming out in spring is because Bear already has the traditional Disney holding place. But let's start with Lightning McQueen's return first.

I will state confidently that "Cars 2" will not be a bomb, in fact, it's going to make far more money that the original. The first one passed the 400 million dollar mark, which is nice, but not what most were expecting from the Lamp. But what many people don't realize is that the merchandising from the film generates over 2 billion a year and has so far made the Mouse 5 billion plus. There are a lot of kids out there with shoes and backpacks and a ton of other licensed products that have indoctrinated a whole lot of young boys. This film will make bank. And the merchandise associated with it will probably get the Disney company through the current recession.

So then we come to Pixar's other release, its first fairy tale. Uncharted territory for the company. But again, almost every film for them has been uncharted territory. This is the first film that has a chance of failure for Pixar. So the first time we'll see a test of their success will be around Christmas 2011. That's a long ways away and being as how the film will go through several revisions before we see it, I'd gamble that it's going to be a success too. Disney does have some success at selling Princesses after all, don't they? But if there is to be a first failure this will be it.

But if it's not, then "Newt" will appear less than a half year from Bear so it will provide a test as well. This one could really be the first one, since the material it's dealing with isn't something that Disney is used to selling, like a princess. But I've seen Gary Rydstrom's "Lifted" and it's very good, very clever. And like the rest, there's a long time between now and our first introduction to the little salamander/newt/amphibian(?) creature. If the pundits got worried with an old man in "Up," imagine how they'll feel about this character.

So the nearest we'll come to seeing a failure is over two years from now. But if "Newt" or "The Bear and the Bow" aren't going to be a mistake or stumble, what about 2013? That's the next time we'll see the next Pixar film. Will it be a disappointment? Will it crash and burn at the box office? I can't say for sure, but the last time I saw Sully and Mike they did pretty well, didn't they?

Quality is a great business plan...
Posted by Honor Hunter at 7:31 AM

"Quality is a great business plan..."

Indeed. Which is why I'm glad (like you Honor) that John Lasseter is chief creative officer at both Pixar and Walt Disney Animation Studios.
I've read enough interviews from him to know know that he really believes that philosophy.

Nice analysis of the upcoming films.

If anything can be taken from the short press release for The Bear and the Bow, I must say that I think Pixar is really going to have an incredible film come Christmas 2011. The story so far sounds incredibly similar to The Lion King, but in a completely different setting. It seems like it's shaping up to be a magical tale that has much more in common with some of Disney's classics than what Pixar is accustomed to. But I'm sure the Directors up at Pixar with Lasseter's guidance are going to put out a fantastic film.

Nice presentation of Pixar's future, Honor. I don't know too many people who would bet against this company for a long time.

You need to define what you mean by the word "failure." It appears by your reasoning that you mean a financial failure. I don't think that Cars or Toy Story 3 will be financial failures, but I do think they both have the possibility of being artistic failures, especially Toy Story 3. The audience has very high expectations of this movie and it may not live up to those expectations. This may be the first Pixar movie that the audience is generally disappointed in. It will still, however, make bank. I haven't seen the movie so there is an equal possibility that it lives up to those expectations and is another shining star in the Pixar library.

When dealing with Hollywood and Wall Street failure is ONLY determined by box office. Money is god...

It's simply a matter of fact. Sorry, if it looked as though I was examining it from another angle.

As for "Toy Story 3" being a disappointment with the audience, I'll wait till I see it. Lasseter and Co. have left me not questioning them. They have an amazing record. Most of the Suits in Tinseltown would kill to have half as good a record at their studios.

It's going to be interesting to see how things turn out. My hope/goal is that Pixar's philosophy seeps out into the general culture of the company. A very, very good thing...

I don't actually understand why you think selling 'Newt' would be so difficult - it's not all that different from Princess & the Frog. Sure, that one has a princess to back it up, but frogish characters can still be quite cute. Easier to sell than 'Up', I'd imagine - heck, they certainly sold their share of fish characters for 'Finding Nemo'.

I don't know what it is, but Newt really looks interesting to me. To bad it comes out in 2012. I'll just have to wait.

This is a very good website...and this is a very poor post. If you have nothing to say--and certainly no reason to cast negative aspersions on an incredibly gifted group of people (Pixar), then...with all due respect...STFU. Or just change your name to Jim Hill.
Seriously.
I expect better.

What are you talking about, Anonymous? You sound like an idiot. He didn't cast any negative aspersions on anyone. Honor was just talking about how at some point there's going to come a time when Pixar has a failure. He was just examining the slate of pics they've got coming and it sounds like he gave them all pretty good grades as for their chances of failure. I really don't even think you read the article. You just saw the tag line and formed your opinion then. What a truly clueless jewel of ignorance you are. If you think this is in anyway negative you've got a screw loose in that empty space that may of at one time held a brain.

With all due respect, Anonymous.

You think this is a negative post? You really don't have a clue. Geez, some fanboys can't even take you mentioning that someday a film won't have as much success as the ones before it. It's called the law of averages. Honor mentioning that it'll happen and trying to figure out which one it could be isn't being negative in the least.

You, on the other hand come off like a drooling lemming or one of George Lucas' Yesmen that tell him what he wants to hear.

Negative? What a retard you are Anonymous.

Wow anonymous, Honor Hunter being negative against Disney? What a great call. I guess you think McCain won the election last year too?

I am not a 20 something fanboy. I am not worried about Disney hurting Marvel, I think Marvel has no place in Disney. Disney is supposed to be Family entertainment. Marvel has several properties that are not appropriate for a family audience. Some properties are fine for 12 year old boys like Spiderman, but keep him at the rollercoaster parks. I hope to never see him in a Disney Park. I have never understood the adult appeal of these properties. Perhaps there are more 30 year olds living in their parents basement than I thought.

This one is about Pixar, not Marvel.

From everything I know, have seen, and have read so far, Toy Story 3 will be a major hit--but it'll be the first Pixar film that skews A LOT towards a Dreamworks Animation style in terms of tonality. It's very funny with a lot more adult puns and its humor flirts quite a lot with homosexuality and metrosexuality.

Cars 2 is the one I'd worry about. Its plot and premise are very politically controversial -- without the filmmakers intending it to be, of course. But they may have made a lot of changes ever since the Russian Disney people's complaints. Obviously it's not something that would affect kids and families but it could affect a low drop in attendance from teens and college crowds.

Haven't seen anything yet from the other two films. Won't get to have a look at those until later this year.