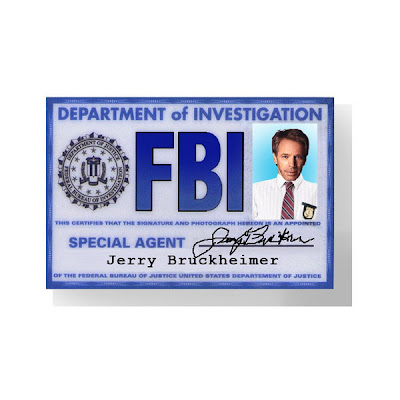 The Hollywood Reporter is uhm, reporting that Jerry Bruckheimer has bought the noir-fiction story "Shake" from screenwriter Derek Haas for a future film through his deal with Disney (Touchstone, most likely).

Haas will write the screenplay, expanding it from the short story on Popcorn Fiction to a feature film. Bruckheimer, obviously will produce through his production shingle on the lot. The tale involves an FBI agent hunting down a killer as he slowly begins to lose the motor functions of his own body to a debilitating disease.

In related news, Bruckheimer has hired a writer to pen the script for an eventual "Bad Boys 3," which would reunite "The Bruck" with Michael Bay, Will Smith, Martin Lawrence and crew. What a minute! Did they actually had writers on those first two films? Now that's a revelation to me. My opinion was that Bay would yell: "Action" and everything goes "BOOM!" and then he'd yell: "Cut!" at which point the credits would roll. Story? We don't need no stinkin' story!

Developing...
Posted by Honor Hunter at 7:44 AM

Suckheimer is he worst producer ever. Thanks to him we have guys like Michael Bay making big budget crap like Armageddon and Transformers.

Bad grammar aside, I can't believe that Honor posts a story about "Bad Boys 3" but fails to note the biggest Disney news of the year.

Honor will post his thoughts about that later today...

And just to specify, it wasn't about "Bad Boys," it was about "Shake." The rant against Bay and Co. was a bonus.