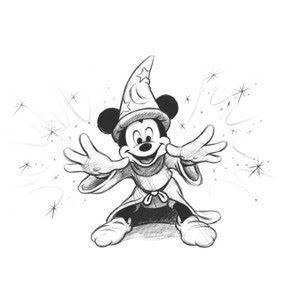 The full schedule has expanded for D23 Expo. For the most part it's solidified, although you may see a few minor changes/additions:

Cook will present exclusive sneak peeks at such highly anticipated Disney features as “Disney’s A Christmas Carol,” Tim Burton’s “Alice in Wonderland,” “Old Dogs” (with Robin Williams and John Travolta), “Prince of Persia” and “The Sorcerer’s Apprentice” (both from producer Jerry Bruckheimer), “Tron: Legacy,” plus updates on many more exciting projects. Lasseter will discuss and show materials from such upcoming Walt Disney and Pixar Animation Studios’ motion pictures as “The Princess and the Frog,” “Rapunzel,” “Toy Story 3,” etc. Both presentations will be held at The Anaheim Convention Center in a 4000-seat arena.

All other film screenings and programs will take place in The Walt Disney Studios Theater (at the Anaheim Convention Center), a custom-built state-of-the-art venue with 3D capability, located within the Convention Center. All Disney Digital 3D™ presentations will be shown in RealD 3D, the world's most widely used 3D cinema technology. Among the U.S. premieres at the D23 Expo will be new Disney Digital 3D™ versions of “Toy Story” and “Toy Story 2,” the digital conversion of the original “Tron,” and a newly restored digital version of the Walt Disney classic “Snow White and the Seven Dwarfs.” Expo guests will get an exclusive look at all things Muppets, as well as meet the filmmakers and see exclusive presentations for such highly anticipated new Disney features as “The Princess and the Frog,” “Toy Story 3” (from Disney-Pixar), “Tron: Legacy,” “Tinker Bell and the Lost Treasure” (from Walt Disney Studios Home Entertainment), and the new ABC-TV holiday animated special, “Prep and Landing.”

The Expo will also debut selected scenes from the upcoming Disney Digital 3D™ version of the Studio’s 1991 modern classic, “Beauty and the Beast.” Other highlights of the four-day event include a program devoted to the music from “The Lion King,” a panel discussion and screening of “Sleeping Beauty,” and the first U.S. screening of “Trail of the Panda” (Disney’s second co-production with China). There will also be presentations on two recent documentaries – “the boys: the sherman brothers’ story” and “Walt & El Grupo.”

A special screening series, “Fifty and Fabulous,” will unspool at 10:00 pm in the Studio Theater on Thursday, Friday and Saturday nights spotlighting films that are celebrating their 50th anniversary – “Darby O’Gill and the Little People,” “The Shaggy Dog,” and “Sleeping Beauty.” 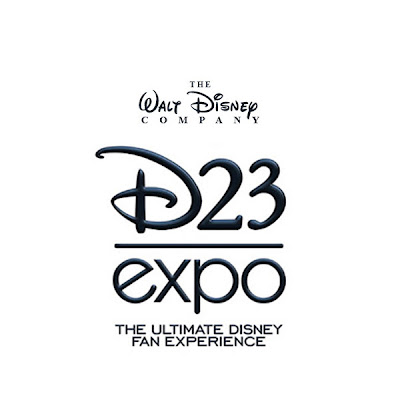 10:00 a.m.
Bob Iger Address
Disney President and CEO Bob Iger kicks off the D23 Expo speaker program with what promises to be a fascinating look at Disney that no fan will want to miss.
Arena

11:00 a.m.
Disney Legends Ceremony
Be on hand as The Walt Disney Company honors the 2009 Disney Legends — who will join a prestigious circle of luminaries who embody the Company's unique creative spirit, as best personified by its founder. This is only the third time this hallmark event on the Disney yearly calendar has been open to the public — and the first time the ceremony has not been held on Disney property.
Arena

4:00 p.m.
The Lion King Music Program
A fun and insightful panel discussion about the role its unforgettable music score played in making The Lion King one of the most heart-warming animated classics of all time.
Walt Disney Studios Theater

7:00 p.m.
The Boys: the sherman brothers' story Panel Discussion/Screening
A discussion of the making of this deeply felt documentary about the timeless songwriters and Disney Legends Richard and Robert Sherman.
Walt Disney Studios Theater

4:00 p.m.
Tron/Tron: Legacy Presentation
See the digital debut screening of Tron and go behind the scenes of the making of Tron: Legacy.
Walt Disney Studios Theater

7:30 p.m.
Walt & El Grupo Presentation
Learn more about the making of this soon-to-be-released documentary, and then enjoy all over again Saludos Amigos, Walt's film about Latin America released in America in 1943.
Walt Disney Studios Theater

10:00 p.m.
The Shaggy Dog Screening
Wilby Daniels becomes a Bratislavian sheep dog in this hilarious film starring Disney Legends Fred MacMurray and Tommy Kirk. It's part of the D23 Expo's "50 and Fabulous" screening series, which celebrates the 50th anniversary of some of Disney's most beloved films.
Walt Disney Studios Theater

10:00 a.m.
Disneynature Presentation
The latest news from Disney's newest film label, Disneynature, a production company that goes to the ends of the earth to produce nature documentaries for the big screen.
Walt Disney Studios Theater

12:00 p.m.
Snow White Panel Discussion Followed by a Special Screening of Restored Print
A special panel discussion of the first animated feature film followed by a screening of a just-restored print of this beloved cinematic masterpiece.
Walt Disney Studios Theater

6:30 p.m.
D23 Expo Live Auction
Join us for an ultimate Disney Fan experience as we unveil the magic of Disney during our D23 Live Auction. Disney enthusiasts will have the opportunity to bid on our unique Walt Disney Studio and Theme Park experiences, tours, artwork, props and more.
Arena

7:00 p.m.
Premieres of Toy Story and Toy Story 2 in Disney Digital 3D™
Be the first to see these beloved films in 3D!
Walt Disney Studios Theater

Tickets to the D23 EXPO are available at http://www.D23Expo.com. Admission includes access to all experiences and entertainment at the D23 EXPO and can be purchased for single days or for the full four days of festivities. Admission is $37 for a one-day adult ticket and $27 for children 3-12. Four-day passes are $111 for adults and $81 for children. Members of D23: The Official Community for Disney Fans will receive a discount on up to four admissions, as well as early entry to each day of the D23 EXPO for themselves and their guests.

Special vacation packages including Disneyland Resort hotel accommodations, D23 EXPO tickets and theme park admission are available at the D23 EXPO website. Packages are available from both the Walt Disney Travel Company and the Anaheim/Orange County Visitor & Convention Bureau, which is offering a limited number of area hotel rooms at special rates to those attending the D23 EXPO.

Many more details about D23 EXPO entertainment, events and special guests will be announced in the coming weeks. Fans can keep up with all the news by visiting www.D23EXPO.com, as well as by following “Disney D23” at Twitter and on Facebook.
Posted by Honor Hunter at 1:27 PM

so what kind of coverage of the event will there be opn the internet?

Do you happen to know how many seats the Disney theater will have compared to the arena?