Last Of The Last Son Of Krypton... 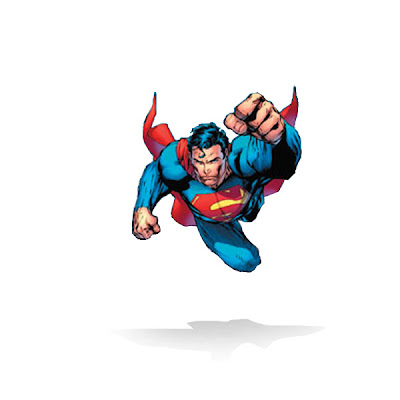 What a strange turn of events the court case of Kal-El is taking...

Warner Bros. lost a big one today. The rights to the Superman character slipped away a bit more. The family of Jerry Siegel won additional rights to the famed visitor from another planet. What rights you may wonder?

Well, the rights to the character almost seem to have been split in half with the Judge in the case acting like Solomon.

The Siegel family gets:

The depictions of Superman's origins from the planet Krypton.

Superman as the infant Kal-El.

The launching of the infant Superman into space by his parents toward Earth.

Krypton exploding, the landing on Earth in a fiery crash.

The love triangle relationship between Clark/Superman and Lois.

All of Superman's vision powers and the expanded origins.

Strange, but it follows a long fight and an evolving copyright code that have resulted in the creators' of Superman being in a more powerful position than in any case filed before. Both creators have long passed, but Siegel has heirs, Joe Schuster didn't. The expiration of the copyright on Superman only applies to the publication of Action Comics No. 1, all work after it is considered work for hire and therefore owned by the Warner.

The big announcement is that full ownership of Superman will go back to the Seigels in 2013 and Warner will have to be in production of a new film by 2011 if they are going to be able to retain film rights to the character. Otherwise the family will be able to set up a deal for comics, television and films at other studios. Of course, without several of his powers, friends and abilities.

What does this all mean? I'm not a lawyer, but I can tell you that the plans for going forward with a new Superman film just got put on the front burner. All those pitches that Warner was taking just received added importance. The Warner Suits are probably going to have a meeting very soon to decide what direction to go.

Will they go with Mark Millar and Matthew Vaughn's take? The three picture, nine hour epic tale of the Man of Steel from his Kryptonian origins to his last days on a dying Earth in the far off future? Doubtful because it's doesn't set the character on a continuing road of adventures; it's too finite.

Or the other rumor about the Wachowski Brothers rebooting the franchise as writer/producers and James McTeigue directing. I personally would have them direct it, not McTeigue. Neo is essentially a Superman variant in "The Matrix" anyway.

Not that Warner would listen to me, but again... Brad Bird. Get Brad Bird to write and direct it. That would create a Superman film with heart, emotion and set him up for a wonderful series of adventures in the 21st century.

Or it could possibly go with one of many other screenwriters and directors who have been meeting with Suits for the job. Either way, Warner had better get things going quickly or the rights to this famed character will go up,up and away.

Truth, Justice and the American Way...
Posted by Honor Hunter at 8:02 PM

The moment I knew I was going to be disappointed by Superman Returns . . . when Perry White says "Truth, justice . . . and all that stuff." Right or wrong, Superman is an American icon, and the 1977 movie knew that very well, as it the less inspiring sequels. Superman Returns forgets it, and then regurgitates a pale imitation of the 1977 movie . . . another real estate scam? Please!

I don't know how this weird splitting of the Superman mythos is ever going to lead to even a half way decent movie in the future. Time to go to 2nd tier characters. Iron Man was a great superhero movie. Even the Hulk reboot was better than the much more expensive Superman Returns . . .

Yet another win for creator's rights. Comic writers and artists have had their talents unfairly abused since the advent of the industry. I would personally love to see a new series exploring the character from a new Publisher, like Image or (almost unthinkable) even Marvel!

btw, that 9 hour epic saga sounds like the best thing that could possibly happen to the character/series. I feel that if done correctly (i.e. not overly dark, but maybe a little less bright and cheery) it could be amazing. But I doubt that Warner will pursue that course of action. Ah well, one can always dream.

Marvel!? DJ, you are soooo lucky I don't ban you for just thinking that...

As for creator's rights, the creators are long gone. This is about greed on both sides.

It'll be interesting to see what develops...

Let Grant Morrison have Superman for three films. All Star Superman was one of the very finest funnybooks published this century. What a loving approach to the big boy scout, embracing the entirety of Superman's far flung legacy. Including the Silver Age fantasy that too many "dark, brooding" types dismiss.

Funny book is not a term that will endear you to comic book lovers, Anon...

And, really, they are pretty ridiculous. That's why I love them.

Probably the only people taking tights all that seriously these days are studio suits. Big money=No levity.

Keep up the great blog, Honor.

Hey! What's wrong with wearing tights? It gets me through the drive-in line at In-N-Out way quicker. You don't realize how fast they'll fix your order if you've got on blue and purple spandex!

So basically the judge has taken away all the rights from DC that he possibly could. The only aspects that DC retains any coontrol over are ones that were originated by writers other than Siegel & Schuster, and which they realistically would not have any sort of legal claim to.

Oh well, I guess this is Karma finally striking back at DC for suing Fawcett comics all those years ago (See below).

The link didn't show up in the last one. Just look up "National Comics Publications v. Fawcett Publications" on wikipedia. It's a very interesting read and shows how much DC gradually changed Superman to be more like Captain Marvel, who was his biggest competition in the 1940's.