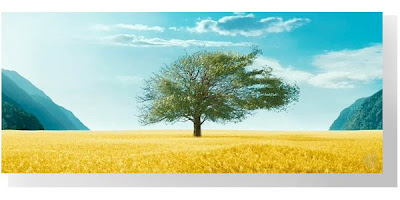 Too bad this isn't the first film under the Mouse's agreement to distribute Spielberg's Studios theatrical releases...

Peter Jackson's first small film since "The Lord of the Rings" comes out in December. Based on the best selling book, "The Lovely Bones," this film tells the story of a girl examining the lives of her family and her killer after being murdered and haunting search for justice that follows. The book is a mesmerizing read and Jackson is a perfect director to translate this material. Not so much for his Rings work, but because the subject is along the lines of his "Heavenly Creatures" film he did before reaching star status with the fantasy trilogy. This will be a great film and this is a great trailer. Be sure and check it out.

The deal with DreamWorks doesn't begin until next year, and sadly, it starts with a remake of a film that doesn't need to be remade: "Harvey." It doesn't need to be touched. The last thing Spielberg adapted was "A Guy Named Joe" which he turned into the forgettable "Always."

Now "The Lovely Bones" is a dream that works...
Posted by Honor Hunter at 7:30 PM

ummm...Peter Jackson did King Kong - so this is technically the second thing he's done since LotR.

I'd rather watch The Crow.

Crow? And that relates to this how?

What about District 9? Can't wait to see that one.

Arguably, King Kong was a smaller film than Lord of the Rings, so if Honor Hunter is saying it's Peter Jackson's first small film since LoTR, even that's a hard case to make.

Looking forward to this one. In a completely different direction, I wanna here more about "Walt and El Grupo". I just caught the trailer over at Apple, and apparently that's coming out from the Walt Disney Family Film Foundation. Is Lasseter encouraging folks to comb the Disney archives for documentary-worthy film hooks? Because I'm as excited by Walt and El Grupo as I am about anything else Disney has cooking right now (except, of course, Tron: Legacy) . . . where's the "Walt and El Grupo" news, or did I miss it somehow?