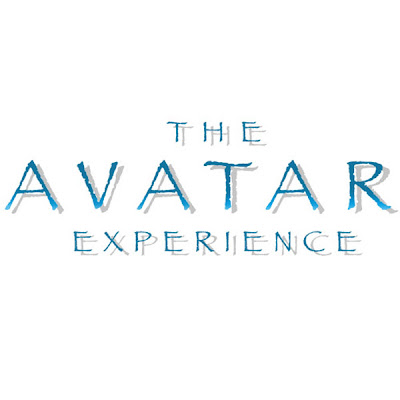 I've now seen the trailer and the sixteen minutes of footage in 3D...

I didn't say anything about the trailer of "Avatar" that was released the other day. I've heard a lot of talk about the teaser and it seems that most people are split between loving it or downright hating it. I didn't want to say anything until after I had seen it with 3D glasses in the environment that James Cameron wanted you to experience it.

Well, now I've seen it. First off, about the trailer. When I saw it at first I was somewhat unimpressed. First impressions of it were that it appeared to be a very big budget remake of "Aliens" combined with "Dances with Wolves" set in space. I bought all the human scenes of Sam Worthington, but when those big blue aliens came on I had some difficulty believing in them. It still seemed a bit like video game footage. I didn't hate it and I was in no way going to condemn it as some seem to be doing. I've bet against James Cameron before when he did a little film called "Titanic." I can still hear my roommates and I saying that he'll never recoup that 200 million dollars he spend on it. Fox will never let him do another film for them, we crowed. By the time it was over, I was the one eating crow. So, I never will place my money against the King of the World. He risked a lot making that film and he earned the right to make this film. 20th Century Fox owes him that much.

Having now seen the trailer I can tell my first impressions of the trailer were right... and were not so write. Confused? Well, I was right about it being Aliens/Dances in Space. But it also feels to have a bit of Michael Mann's "Last of the Mohicans" as well. And although I saw some scenes from the trailer, they play out far better on a giant IMAX screen than a 32 inch computer screen. Does it look totally real? No, not really, but I bought into it after a little bit and you became lost in the story and this uniquely beautiful and strange world. And the world of Pandora is unlike any world I've seen on screen before. I mean, there are shades of Felucia, that glowing world seen briefly in "Revenge of the Sith," but Pandora appears much more organic and believable. Star Wars seemed like Lucas gave the artist a one or two sentence line about a world and let them create it. All he had to do was sign off on the designs. This place feels like something that Cameron designed from the bottom up. I felt that if I was to ask him how this world evolved or how the ecology worked that he could go through a very detailed explanation that he's worked out. It felt very big, epic and intriguing and I can see many people going to see this just because of the event movie it is going to turn out to be. And it's probably going to make a who lot of money at the box office for the Suits at the Fox Studio.

CG is just a tool. It can't tell a story, it can only present that story. In the right hands it can expand their opportunities, but in the wrong hands it can be an excuse to not have a fully developed script or even idea. That's the difference between James Cameron and Michael Bay. I have a feeling that Cameron has an endgame for this story. If Bay had done a film like this I can only imagine the plot holes that we would be seeing these characters falling into. So after this first viewing I'm looking forward to it. It's got me interested enough to give it a chance.

And Cameron at the very least deserves that from me...
Posted by Honor Hunter at 7:57 PM

32 inch screen? Wow, that's a big screen you lucky bastard. Is it one of those Apple Cinema Displays or do you just have bad eye sight?

This movie looks like a cartoon. There's nothing groundbreaking here. The CGI is poorly rendered. I thought I was watching a trailer for a Disney animated movie. Cameron needs to call up Peter Jackson and Weta and go see District 9 and get some tips on using seamless photo-realistic CGI in film.

what so special about District 9?

Photo-realistic CGI? you gotta be kidding!!!

This looks like a predictable sci-fi Dances With Wolves.

Isn't that the APU from Matrix Revolutions?

Weta are the ones that did the CGI. So if you don't like it, you need to talk to them, not praise them.

Second, I have to disagree about it being poorly rendered. I saw it in a theater and it looked very well done to me.

Thirdly, seeing it on an IMAX screen in 3D gave it a much better presentation than the trailer. Almost everyone that watched the screening I was at thought it was impressive. Seeing whole scenes and not just flash cuts really helped you identify with the Navi.

The thing that makes "District 9" seem more photo real is that they're based on animals (crabs, shrimp, coackroaches) that look more familiar than a giant, blue feline type race. The mind has problems justifying something that is beyond what it's seen before.

And Mifuni, no that's not an APU from "The Matrix," its like the Loader from "Aliens" which is what "The Matrix 3" ripped off.

Good. We all seem to hate Titanic. It's not fair that a movie like THAT gets to be that high, outgrossing the second place one by over 60%.

It's almost safe to say that The Return of the King is the highest grossing movie, cause we all LOVE that one.

And Cameron ripped off the Power Loader from Robotech.

maybe I'll end up with a nice videogame next year

So in other words Cameron is a hack. He's just a better hack than Michael Bay and Stephen Sommers.

Do people know what the word 'hack' means? A hack is someone who does a cheap, rushed job for the money. Whatever you want to say about "Avatar", Cameron spent a lot of time and effort getting this film made. He did it with passion and not as a quick money grab.

I was leery of the movie myself. I have never liked anything he's done since the second Terminator film. And I NEVER saw/WILL NEVER see Titantic (Yep, I'm a member of that club). Needless to say, count me IN for Avatar. Looks awesome!

I've been thrilled about this since the film was announced as I am quite a Cameron fan.

Well, I can tell from the trailer, that it is not THE film. But, it's darn good. The CG looks very well polished and the movie will be fantastic I'm sure... but not the groundbreaking film it was said to be...

This makes me think of Beowulf... There were just a couple of scenes/shots with Angelina Jolie that were downright amazing and almost there to the real CG imagery... but for those couple of scenes there were 100 characters that looked like Shrek.

Makes me wonder... while the main characters will have been worked on to be amazing... how about the background characters in Avatar?

Cameron did Titanic for the money. That makes "King" Cameron the "King" of Hacks.

Bull, Anne. He was fascinated by the sinking of the ship, he didn't do it for the money. He did it for the story. He even gave up part of his back end deal to finish the movie. That alone shows it wasn't the money. He had no idea it would go on to make so much money. You just don't like Titanic. Fine, but don't go rewriting history to fit how you've grown sour on his film making..

Cameron took so many liberties with historical facts it's not even funny.

Every movie takes liberties with facts. Whether it is Braveheart or Amadeus or The Last Emperor or Frost/Nixon or all Hollywood movies, you can't boil historical events into a 2-3 hour film. Artistic licenses have to be taken.

You want history read a book or watch a documentary. Attacking Titanic for this is disingenuous and shows you have some petty vendetta for Cameron.

I love everything that Cameron has ever done prior to Titanic. But anyone with a brain can see that Titanic is a mushy manipulating film to make girls cry over Leonardo Di Caprio.

Most, if not all films, are manipulative.

To attack Titanic for ONLY appealing to girls is ridiculous. Titanic was the epitome of the four-quadrant blockbuster. Young, old, male and female all went to see it and most loved or really liked it. Yes, it had its' backlash, but anything that reaches that level of popularity does.

Dozens of films come out every year that are aimed at girls and none, not even Twilight, reach the level of Titanic. People, who found the romance cloying, could still admire the incredible sense of place that Cameron created as well as the virtuoso 90 minute sinking of the ship.

James, i love your movies specially titanic. and now about Avatar..... perfect.