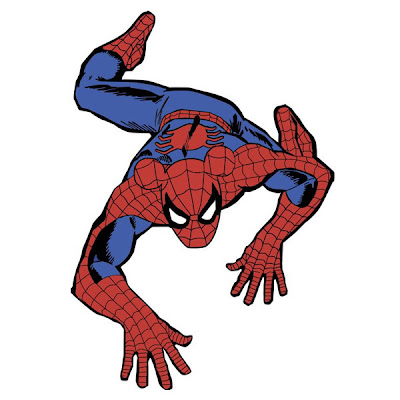 Commentary to follow...
Posted by Honor Hunter at 8:08 AM

Well, jeez...don't know what to think about this. Apparently Iger wanted Pixar to do something with the Marvel characters, and the thing got out of hand...sigh...well, now Disney will have the young male audience it pursued for so long (although Pixar had no trouble attracting them)...it's just that...Uncle Walt would NOT do this...first the muppets and now this...although surely Spidey will at least generate some cash, unlike that massive muppet fail...

Disney is bankrupt of fresh ideas so they have to buy everyone elses.

I just think it is a very smart business decision and long term will prove its worth tenfold. Iger has proven he is no fool and I really think that all will be happy in the end. For now there will be fanboy uproar etc. but lets not forget the fact that Disney has Mirimax and look at some of the non-PG films to come out of there. Disney will let Marvel be Marvel, but ultimately help its global brand and in time up the quality and resources that come with being tied to Disney, i.e. technology and distribution.

Or you could say the Disney World just got "Marvelous"

Tron is "Disneyfied" too, Batman...

"Disney is bankrupt of fresh ideas so they have to buy everyone elses."

Disney's made a great living making films out of other peoples work.

But Spider-Mouse, Walt bought the rights to characters and then ENHANCED them...he TRANSFIGURED them, added to them, made them truly works of cinematic art (Mary Poppins, Cinderella, Snow White, Dumbo). Made them DISNEY. But Disney (which is no longer Walt's company, sadly) just buys these properties to wring bucks out of them. Buys them instead of developing characters of its own (the people who created the Incredibles have to BUY superhero characters? Does THAT make sense?)

Iger's just a goddamn bean counter like Eisner before him. Meanwhile the parks languish, especially WDW. Why not invest the money in THEM?

It's going to be a damn LONG time before I visit Disney World again. I don't go to the parks to see goddamn muppets, power rangers and now probably the Hulk. I go to see DISNEY. Crap. I think my affection for this company has pretty much come to an end. I'll always love Walt and his legacy, but THIS company with his name on it...suuuuccckkkssss...

When George Lucas is 90 he will sell the Star Wars franchise to Disney. Hell, they are practically already sleeping together. It's just a matter of "when" not "if."

From your lips to god's ears, Darth Mickey...

What does this mean for the Spiderman attraction and Marvel's presence at Universal Studios?

"What does this mean for the Spiderman attraction and Marvel's presence at Universal Studios?"

Nothing yet. Disney has to wait for all pre-existing contracts that Marvel has with other companies to expire. Then they'll renegociate and/or take over, depending on how the deals go.

This doesn't mean that Disney is bankrupt of new ideas, it means that they want to get into the lucrative super hero market. I don't believe that the Marvel characters will be "Disnified". They have shown restraint with Miramax and Pixar. I think they know when to give their various companies creative freedom. If it works, why fix it? - I imagine there is some major cussing from the various studios today, especially Universal. Talk about a major groin kick.

I wonder how this will effect Marvel Entertainment's films currently in development at FOX or if Disney will handle all aspects of distribution and production from here on out.

I'm more curious to see how this purchase will affect Disney's relationship with Stan Lee. Does anyone know how that will factor in?

Stan Lee's deal with Disney is separate since he no longer works for Marvel, he does work for who owns them now, though!