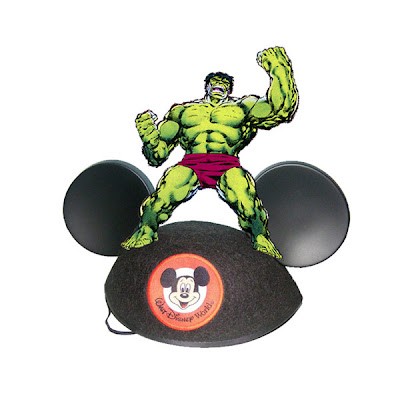 The official statement from the Mouse:

"Walt Disney Company said Monday it has agreed to buy Marvel Entertainment, the storied comic book company that owns the rights to such popular characters as Spider-Man and and the Fantastic Four, in a cash and stock deal it valued at $4 billion. The deal comes more than 10 years after Marvel was at the center of a bruising and highly public takeover battle between two feisty financiers.

Shareholders at Marvel will need to approve the transaction, which boards of directors at both companies have already approved.

"Disney is the perfect home for Marvel's fantastic library of characters given its proven ability to expand content creation and licensing businesses," said Ike Perlmutter, Marvel's chief executive officer. "This is an unparalleled opportunity for Marvel to build upon its vibrant brand and character properties by accessing Disney's tremendous global organization and infrastructure around the world."

Wow, I hope they don't clean up any of the Marvel violence or cussing that we have all grown to love.