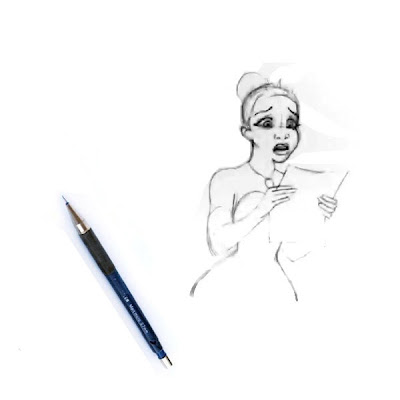 Now isn't this a nice give all drawn out in pencil and paper...

This is supposedly a pencil test for Walt Disney Animation Studios' "The Princess and the Frog" that was shown during 2009's Comic-Con. I can't vouch for it being shown there, since I wasn't there this year, but I know that it's a pencil test from the film. You can tell just from these shots the pure magic that these animators have put into these characters.

This holiday, back to hand drawn...
Posted by Honor Hunter at 2:55 PM

Going back to hand-drawn animation is the best artistic move Disney ever made.

I'm not feeling it. The animation doesn't look good, uninspiring. You can tell Adreas Deja animated the bad guy, using his formula for facial and body expressions.

Dr Facilier's design is a bit formulaic but Andreas Deja is supervising Mama Odie so I'm not sure if he even contributed to "the bad guy".

Anonymous is so SURE he's not feeling it because he's an expert on Adreas Deja, even though he was wrong about him being the one animating Dr. Facilier. Perhaps he's just expecting it to be bad because he wants it to be?

Getting back to hand-drawn animation under the watchful eye of John Lasseter is the best artistic move Disney has made. I wasn't feeling it before, but I'm beginning to feel it now. I suspect this will be the best Disney 2d film since The Lion King--or maybe Tarzan, which I thought was very good. Movies like Pocahantas and Brother Bear just left me cold. So very cold. Lilo and Stitch was very good. Felt very Disney. But with this and a new Pooh movie--a real Pooh movie, I'm very excited about Disney.

They showed this during the Disney Animation panel at Comic Con.

The animation's great; I particularly love the animation on Louis, the alligator. Bert Klein, an animator on Louis, said it might be Eric Goldberg's best performance, and it's not hard to see why.