Where Will Spielberg's Theming Be Parked? 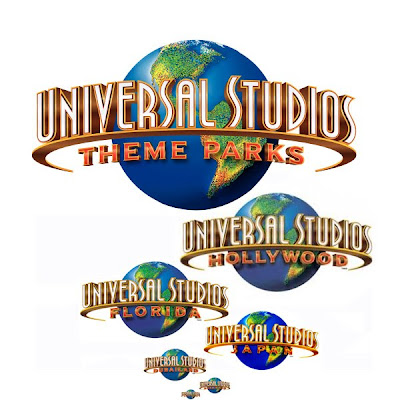 From the creative minds of Disney and Steven Spielberg...

Over at the Hollywood Reporter, they've got a small article about Steven Spielberg's contract with Universal Studios coming up for renewal next year.

When it comes up for renewal in 2010, there is a provision in Steven Spielberg's contract with Universal Studios which states he can be bought out. If he chooses to be bought out, a lump sum will be given to him and he will be free to provide services to whoever he wants. It's known that the Movie Mogul/Wunderkind is unhappy that Universal has wanted to renegotiate his 2% fee on theme park receipts. The trades say that Spielberg is in talks with with the conglomerate over an extension or end of the very lucrative deal.

Now, I'm not saying that it's a done deal, but many also thought that the deal with Universal was a done deal. And now the DreamWorks distribution deal is with Disney. So the question isn't will he renew the deal he's had with Universal for over twenty years. The question we should be thinking about is will Disney land Spielberg to work with the Imagineers on future theme park attractions? And if not them, whom?

Interesting...
Posted by Honor Hunter at 8:09 AM

Universal rides suck. If Spielberg was the one that helped design them I don't want Disney anywhere near him.

I doubt that Disney would pay him for his "creative consultant" services like Universal did. They have enough people trying to get their park projects green lit. However, they may license some of the films he does for them for the parks.

And you don't think he wouldn't be a consultant on them?

Universal hasn't treated Spielberg well recently. The 20th anniversary of ET was celebrated by ripping the ride out of Hollywood and replacing it with the Mummy. And then closing ET in Japan this year too.

Of course there are plans to build U Parks in Singapore, South Korea, and Dubai, all of which should include Jurassic Park, ET, and other Spielberg movie-based attractions.

oh how i wish WDI could build a jurrasic park ride.

He might consult, but I doubt that Disney would pay him as much as Universal did. For instance, he won't receive a percentage of the ticket price for the park that has his ride. I don't believe that Disney would pay someone from outside of the company to create a theme park for them. They have enough great ideas of their own that are just waiting to be greenlit.

All I really want them to get from Spielberg is permission to use Roger Rabbit again.

Well since both Spielberg and Zemeckis are at the Mouse there is at least a possibility of that happening...