I have a great feeling about this. 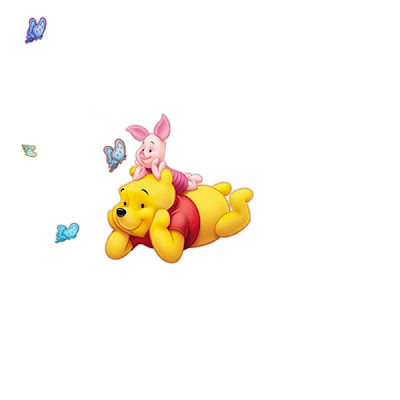 So I thought I'd update a little on how we got this far into the Hundred Acre Woods...

You all know a while back we revealed the plans Walt Disney Animation Studios has for filling that hole in their release calendar known as 2011. The new animated film will star the lovable bear that brings so much joy to children and adults alike, not to mention about two billion gross per year for the Mouse.

Well, how this all began was when John Lasseter heard the pitch for it. You see, John hears many, many pitches. Everything from new toys, new shorts, new straight to DVD releases, new theme park attractions and, oh yes, new movie possibilities. Well this Winnie the Pooh story was actually pitched as a straight to DVD idea. I would say straight to video, but video is dead, so there you go, but anyway, let's continue. When this was pitched it was thought that there was no desire or audience for a feature film of Pooh. With all the already home releases, the cancelled television series (thank God) and the disappointing results of the last theatrical release of a Pooh staring film, the Suits at WDAS wouldn't be wanting a new one. So when the pitch was over, John Lasseter was really impressed with the idea. I mean REALLY impressed. Enough to suggest it was too good to be a straight to DVD project. You can bet that the players involved were quite startled and happy with this response. And thus, work began on making this new film featuring the classic characters we know and love.

Those of you familiar with Pixar will recognize this scenario. It's line for line what happened on a little movie they did called "Toy Story 2" actually. That film was originally going to be a home video release until Lasseter and Jobs saw how well the story was coming together and pitched it to Eisner as a theatrical release. And thus, they created an even better film than the original. My opinion, of course. But that should give you an idea as to how well this new Pooh story is shaping up inside the animation studio in Burbank. They all knew there was a glaring hole in their release of animated features and they would have liked to have filled it with something, but that something didn't come along the way they thought it would. That something turned out to be Pooh. Sorry, I just love saying that.

But least you think that this is a project just placed in a blank spot called 2011. The only reason it moved forward was because of the story that John was told. It was only when he felt that the idea was special enough to be on the silver screen that it got the nod. All those Suits that used to sit in on story meetings and make notes? They're gone. No contributions by people that want to add things because of marketing or toy tie-ins. Story comes first. Everything else falls in line. If the bean counters and pencil pushing middle management had realized that a decade ago, Walt Disney animation wouldn't have had to have been saved. But then again, maybe it's good that it did. Now the line up is more focused than at anytime since the early 90's and the management is the best since Walt himself was in charge. And if "The Maestro" can't be in charge of a new Winnie the Pooh feature, then Lasseter is the only one I would trust to head this project. He has my trust completely. If I could tell you (and I can't, so don't ask) the stories I've heard from people about how the environment is over there compared to three years ago, it would surprise you. It is night and day, literally.

There are several other things about this project that I'd like to tell you, things that have happened and the direction the story is headed and the film's metamorphosis from where it began to where it is now, but I promised my Bothans I would only reveal so much. Promises are promises. Now when the time comes, I'll be back with more detail about this return to A. A. Milne's timeless creation, but until then...

Can I just say I love this. John Lasseter is undefeated when it comes to animation. Now if we could just get that theme park record up a bit...

Did anyone read at Jim Hill how Disney registered the domain name -The Tiger King? Is this a future 2D film?

Is Christopher Robin going to be in it? What about Darby? As soon as you can answer those two questions, I'll know how I feel about this.

Thank you for this post. I've wondered whether things have really changed much in the Mouse House, especially when bad things happen in the parks, such as the closing of a true original like the Adventurers' Club and the sad failure that is Expedition Everest. Or when bad things happen in the movie dept., like the dumping of Narnia. But your post restores my hopes to some degree.

Most of the crew from "The Prince and the Frog" will be let go.

They are only carrying over some key people for Pooh until the next 2D project is ready.

It will be more like a live action film with the new crew hired and let go with each production.

Thanks for the update, Honor. Can't wait to see it.

Because those of you who are following along with TIGGER WATCH 2009, know that I have high hopes for this leading to better Pooh (ahem, and Tigger... especially Tigger)-related merchandise to be released.

Time will tell whether this will happen or not, but if John L has a hand in making this film a reality, one can only hope that appropriate and accessible merchandise will follow from CDP that isn't isolated to their primarily-identified target audience.

Thank you for this post. I've wondered whether things have really changed much in the Mouse House, especially when bad things happen in the parks, such as the closing of a true original like the Adventurers' Club and the sad failure that is Expedition Everest.

Excuse me, but Expedition Everest is FAAAAAAAAR from a failure, you no-good pessimist!