A Tale That Grew In The Telling... 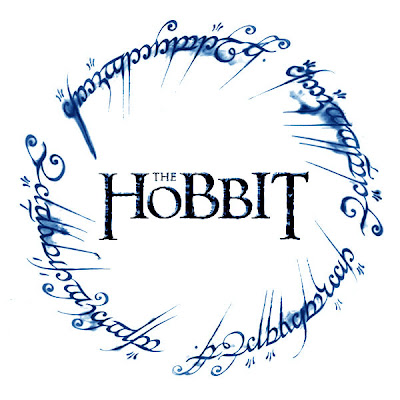 We all heard the possibility of Peter Jackson turning his Hobbit duology into a trilogy...

And now it's official. Via "The Hobbit" Facebook page the director made the announcement today:

"So, without further ado and on behalf of New Line Cinema, Warner Bros. Pictures, Metro-Goldwyn-Mayer, Wingnut Films, and the entire cast and crew of “The Hobbit” films, I’d like to announce that two films will become three."

Go check out the entire post to see more of what Jackson had to say. Now we have to wonder what will the third film be called? Or will they just call it "There And Back Again Part 1 & Part 2" maybe? Now when it's all over, fans of "The Lord of the Rings" will have two trilogies to fire up on the Blu-Ray by 2015. But until then, it looks like Warner Bros. will own December for the next three years, which is their intent.

I know someone asked if Jackson would do The Silmarillion, but I think he'll be tapped out after these. And then he'd have to convince the Tolkien Estate to sell the rights. Which they might not do since they aren't happy with his adaptation of LOTR. Which I don't understand. It's as faithful as a film can be and still be a film, not a book. Each frame is filled with love of the source material, so I don't understand the disappointment. It sounds misplaced.

Perhaps if this is overcome, they can have Jackson/Wingnut Films produce the series and find other directors for that and other works that take place in Middle Earth. Possibly even a television series/mini-series?

The opportunities open up and become endless...

The Hobbit: An Unexpected Journey (2012)

Which means they could technically release the entire trilogy as "The Hobbit: There And Back Again" the following year. Just speculation, but not entirely incomprehensible. Is it?
Posted by Honor Hunter at 8:20 AM

Cash grab. I am so disgusted with this decision. While we're at it, let's turn all literature into, not one, but THREE films!

The hobbit book wasn't that long, and yeah, I've read the appendix too, but perhaps it wasn't included in the actual narrative for a reason...

Needlessly long/drawn-out into 3 painfully long films. As if LOTR trilogy wasn't long enough and The Hobbit doesn't even come close in terms of epic scale or excitement. Yawn.

I am trying hard to reserve judgment until I have seen the films...but...

I don't believe that just because you can do something, you should do something. While I love the Lord of the Rings films, I find that there are some scripting/plotting decisions that PJ/Fran Walsh/Philippa Boyens made that I'm not crazy about. I am not looking forward to having them do the same thing to The Hobbit.

Too much of a good thing...

I look forward to as many journeys into Middle Earth as I can get. If this is an extended journey, so be it. Tha appendix has plenty of material that could be used to add to the Hobbit storyline. Sure, money will be made. Money was made by the Lord of the Rings and I trust that Jackson will pay homage to the material.

Once again, the books are the Tolkien vision, and no one can surpass them. However, the movies comprising the Lord of the Rings and the soon to be Hobbit are Jackson's adaptation of the Tolkien material. Being movies, they tell a different story as most stories adapted from written works do. Regardless of what Jackson does, there will always be those purists out there that will refuse to accept anything but the written work. That is their right.

Up and Down Again said...

There is so much material in Lord of the Rings that they should go back and turn each movie into a trilogy and end up with a 9 parter.

Hobbit is such a little book that I'm having a hard time figuring out why? Just do a 2 parter and be done with it.