I can't wait to see that animatronic Whoopie... 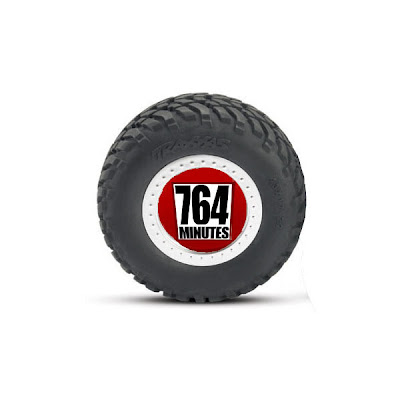 It appears that the Suits in Burbank finally got the crowds they were expecting for the Second Gate...

Not that you couldn't tell it was going to be a success, and long lines couldn't be have been see months ago. I'm sure Paul Pressler felt that Superstar Limo was supposed to have a six hour wait, but the park he planned wasn't what people expected out of a Disney theme park. Even with the warning signs, Eisner and his team went forward with what they thought was a surefire hit: California in California.

Especially the idea of a contemporary, extreme sports type park that became dated before it opened. The Imagineers have taken that concept and twisted it into something that not only actually works, but appears as though it was actually planned that way. A view of California the way it was while Walt was here. Each area were nostalgic representations of the Golden State that no longer exist. From the Roaring Twenties when he arrived, to the Idealist Sixties when he left this world for the next.

Imagine what a child walking into this park over the next decade will think? The presentation they will experience and the attractions they will get to enjoy are an entirely different kind than guests got in 2001. Imagine what the park's fifteenth anniversary will bring? The improvements, plussing and additions that will further make DCA a worthy sister to Disneyland. The long lines we saw yesterday are an example of what happens when you create something that people desire to see. This was something lost on the bean counters a decade ago. But it wasn't lost on WDI when the rope dropped yesterday. You could tell that from the smiles on the Imagineers faces as they watched guests head into the reborn park. They did a great job turning a piece of coal into a diamond.

Good job, daydreamers...
Posted by Honor Hunter at 8:50 AM

That made me chuckle. :)

Indeed. Buena Vista Street is GORGEOUS. Its just so classy. When I stood there and thought of how the entry plaza used to look, it made me think "Thank God its gone." I realize that some folks kind of liked the postcard feel, but it just wasn't right for a Disney park.

As a fan of the Cars movies, I'm so glad that I can walk in Radiator Springs in real life, but its not just about Cars, its also about honoring Route 66.

So far, I have only seen these new lands during previews, but next week I will finally be there when everything is officially opened!

Also, as a side note, I really like how the Carthay Circle area and Hollywood Land have now melded together.

Cars Land Rocks. The entire land feels just right. For the Pixar haters, well, it's probably too hot in the summer for you to be out of your parent's basement anyway. The land is full of heart and detail, this wasn't just some "let's figure out how to milk CARS for all it's worth" stunt. Racers is a solid E ticket. The crowds on Saturday and Sunday were loving it.

Mater's Junkyard Jamboree was a hoot, with the ride having decidedly more action than any video would lead you to believe. While I didn't partake of Luigi's Flying Tires, I spent considerable time watching it, and the riders. Once people made it onto the ride, they were having a blast. Smiles everywhere. Obviously capacity/dispatch times will need to be resolved, but for now, the people who were riding it were having fun.

I also ate at Flo's and couldn't believe how good it was (Pork loin). The Cozy Cone area, while just amazingly cute, is a customer throughput nightmare. Something has to be done there immediately. I've learned to excuse/bypass the slow line for Dole Whip, but Cozy Cone is just a disaster.

In classic Disney "spin it" fashion, you are declaring it a huge success before the paint has even dried; although moushwitz has been doing so for months now anyway. I haven't seen the lates rehab yet and I am holding high hopes for when I do. I liked Test Track, though the test track theme was lost on me (so theoretically the "Cars" makes sense).

World of Color has some merit, but it also strikes me a a very clever and elaborate marketing tool for Disney properties when compared to Fantasmic. I finally had a chance to ride the Little Mermaid attraction in the former Golden Dreams theater. When the wait was less than a minute, my expectations dropped dramatically and rightfully so. It is a half-baked attraction... much like the original DCA. Even my young nephew visitng from Sydney thought ut was lame.

Furthermore, there are still some huge holes in the park as well (Grizzly River Rapids???)

BTW - Pressler was appointed parks czar AFTER DCA was designed and (mostly) built. The DCA of 2001 was almost entirely (the idiot) Eisner's turkey.

Pressler was put in charge of Disneyland in 1994, moved on to handle Walt Disney Parks by 1996, which was well before DCA. It was started contruction in 1999 and he was the brainchild of it. It was hatched at that Aspen retreat that Eisner went to. Pressley came up with it, approved it and then cut the budget for it. Eisner approved him, sadly.

There is nothing wrong with the Mermaid attraction. Its a classic Disney dark-ride experience. A good solid, C-ticket with fantastic animatronics. Even better than any of the current Fantasyland dark rides at DL.

It's not supposed to be a "book-report" ride. The story is told through music (similar to Splash Mountain) and the atmosphere in the ride is great.

I've overheard many people saying positive things about it as they exit.

And World of Color is phenomenal. The scale is huge. The most important thing is that its a crowd-pleaser, and DCA finally has a night-time specular of its own.

Visiting DCA is now a much more pleasant and more "Disney" experience. There is always room for improvement, but at least now finally DCA is worthy of being called a Disney park.

Some people will just never be pleased. The fact is, some people just like to complain and be contrary. Most of these people use the Internet so they can be vocal.

I'm very happy for everyone in California and I hope to get there one day but until then that's alright, in Orlando we're getting the new Fantasyland and we get annual Star Wars weekends.