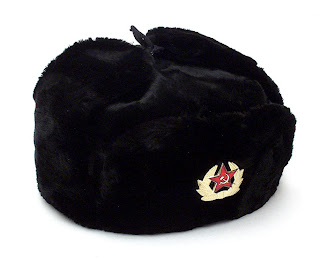 It appears Disney's push into Russia is booming(too bad democracy isn't under Putin). It's become a burgeoning market over the past decade and even people from a formerly communist nation can't seem tot get enough of their Mickey... and Captain Jack Sparrow, apparently.

Business Week has a column online called "Mouse Ears over Moscow" that focuses on the Walt Disney Company's push into the former Soviet Union. It appears the third Pirates movie is doing extremely well. Which should come as no surprise to Walt Disney Pictures since last years "Dead Man's Chest" was the best selling foriegn film ever.

Clearly Russians love American pop-culture as much as... well, Americans. They start off focusing on a young Russian movie-goer and his father:

"Yegor Fetisov has been looking forward to this evening for weeks. "The duels, the battles, the cannons!" the 10-year-old says as he queues up for a Moscow screening of Pirates of the Caribbean: At World's End, the third installment in Disney's smash-hit swords-and-surf series. "It's great to see how pirates fight!" he gushes. Yegor's father, Andrei, isn't quite as effusive, but he's not surprised that the May 24 opening has attracted a crowd. "It's an adventure," he says. "No one here has made films like that for ages."

And apparently Bob Iger's global expansion of all things Disney will also include a Russian Disney Channel to go with the one in India, South Africa and several others. The Mouse is even starting to make films in Russia:

"By yearend, Disney expects to start shooting its first film in Russia with Russian-speaking actors, likely based on traditional children's stories. "We want Russian families to go to the cinema to watch a Disney movie, but this movie need not be produced in Hollywood," says Marina Jigalova-Ozkan, managing director of Disney's Russian operation."

And despite having been red for most of the 20th century, the Russians have finally learned what we Americans have know since our founding... the only true color that matters, is GREEN:

"Today, Disney is making real money in Russia. Overall box office sales in former Soviet lands are expected to hit $590 million this year, up from just $18 million in 1999."

The focus of Disney executives is on expanding the brand into markets that it's not had the opportunity to exploit. With the fall of the Berlin Wall in 1989 and the collapse of Communism just a year later, a large segment of the world Disney and other companies hadn't access to opened up. Although access was limited, the Soviet Union couldn't keep out the West and no matter how they tried... Disney, like American culture in general, secretly spread:

"Despite decades of anti-American propaganda, the studio's classic cartoons managed to sneak through the Iron Curtain. As early as the 1930s, selected audiences were allowed to see Disney films, and by the 1980s pirated videos circulated widely. When the movies finally hit Russian TV screens in the late '80s, they were an instant hit. "We all grew up with these cartoons and watched them in Soviet times, so we have the very best impressions," says Yuri Volkov, a thirtysomething Muscovite waiting with his family to see At World's End."

Maybe Russian Presiden Putin can lighten up his image for the press. Wouldn't it be great to see him with a pair of Mouse Ears on his head? While it's not likely we'll be seeing any Disney theme parks in Russia's future, it's good to see millions of Russians will be able to enjoy what we Americans have always taken for granted... Walt Disney's marvelous creations.

Go over to Business Week and have a look if you're interested.
Posted by Honor Hunter at 3:39 PM

Interesting perspectives on the Russian market. With a bit of patience, Russia could become a major source of revenue for the Mouse House and one of the leaders in international growth for the company. I'd guess that it is probably far easier to develop Russian market than the Chinese market with fake its Mickey Mouse parks...
And then there's the number of Russian tourists that make the trek to Disneyland Resort Paris and spend a good deal of money there... (from what I could experience...)
Thanks for the update!