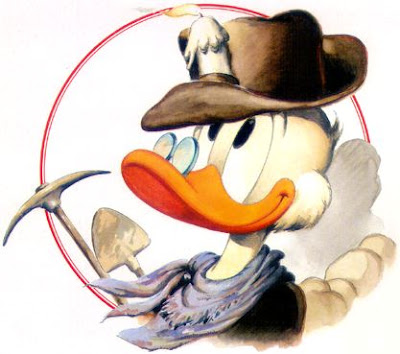 After more than 30 years writing and drawing "Donald Duck" and "Uncle Scrooge" comic books, Disney Legend Carl Barks retires from creating the books on this day in 1966. Although most fans of the comics don't yet know who draws those wonderful stories, over the next few years a large following begins to build.

Carl Barks didn't realize how influential he was with his Disney tales until well into the late 70's and early 80's. Always the humble man, he reflects back on his stories with surprising modesty.

We will not see another talent like his in Disney comics until the 90's gives us Don Rosa... known affectionately to some fans as "the lost son of Carl Barks"(more on him in a later post). 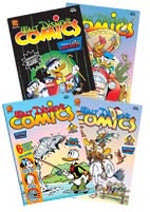