First Look At Prince of Persia... 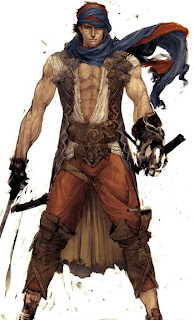 It looks like the script for "Prince of Persia" is leaking out. Latinoreview.com's El Mayimbe has an analysis of the script over at it's website. It mainly focuses on the first act so as to not give too many spoilers.

If you're not a fan of the game(which I'm not) then you can skip the first few paragraphs. Mayimbe gives it an A-... almost perfect in his estimation. Says Mayimbe:

"Bruckheimer and Bay - back together again for Prince of Persia, which is epic in its scope. Disney has got a monster hit and another potential blockbuster franchise on their hands. Prince of Persia can be as fun as Pirates of the Caribbean."

His feel on what type of film it is:

"One of the producers said in the trades that Prince of Persia is a 9th century Indiana Jones and it reads and feels like one."

And his general assessment of how audiences will take to the film if the script is what's made:

"Prince of Persia is one hell of an action adventure script which will be sure to thrill general audiences and fans of the game. I can’t wait."

If you want the details of the first act, go over to Latinoreview.com and take a look.
Posted by Honor Hunter at 3:39 PM

I can't wait to see this movie. It's supposed to be Summer 2009, right? I'm there. If Pirates. Lone Ranger and Prince are the kind of things the new Disney is doing, sign me up!

Michael Bay is such a hack.

Bruckheimer sucks too. How about some creative people, instead of people that like making big boom.