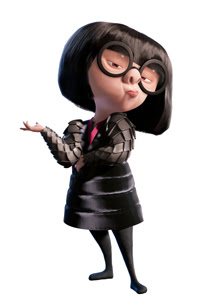 With all the good news lately coming out of Burbank, one would think that this new found financial optimism would rub off on many in the Mouse House...

One would be right.

The success that Disneyland had during it's 50th celebration surprised everyone at TDA and TDB to the point it caused a lot of minds to change on expansion and reinvestment in the parks. Not just here, but abroad as well(I know, people keep asking about Paris, it's coming this week). We're going to be seeing what I like to refer to as "The Decade of Disney II". Only this time it'll live up to the expectations we have with the new management that is in place.

As we've seen over the past year, the Walt Disney Company and Disney theme parks in general(Hong Kong is the one exception) have had a great year. I'd have to say that Bob Iger's first year and a half on the job has been very good for stockholders, fans and himself as well. The big question is... what's next?

Now, this won't be one of my "Blue Sky Updates". I'm not going to reveal a secret master plan, but I am going to try and focus on the road that the Mouse is headed and what we can do to possibly help advance it. First off, the two latest attractions at Disneyland have done much to peak fan interest in the short time they've been open. Let's start with them first...

Now this small makeover(between 20-30 million) of the classic island that Walt himself opened up is attracting long lines. Sometimes people were waiting at least 45 minutes to go tour the island last week. It seems everyone has approved of the additions. As has been talked about before, should the crowds keep coming then we'll see a "phase 2" of the Pirate theme in another year or so that will expand out to the back side of the island. This phase would be a little more lavish(as of now almost twice as expensive) and would take a longer period to construct. I know some people think it's destroying what Walt created, but I don't picture it that way. It's simply reacting to the environment we live in the same way Walt did. Besides, if anyone had been to the island in the last year they could see the deterioration of it's features... this new theming has helped bring the island up to a much more acceptable quality attraction. Judging by the crowds waiting to board the rafts, I'd say the park guests would agree.

Now for the bigger addition. The new submarine ride, which I've seen stated as costing $150 million dollars(I can't vouch for the figure, I do know it's over 100 million) is causing lines of up to three hours. Disneyland's marketing campaign is in full force and as anyone who was there Monday could tell you... it was a busy place.

Like I said in my earlier article, if you haven't been yet and have the time please come and see it. It truly is a wonder. Those that don't want to wait in such long lines can wait till August when the lines will be a little shorter. But the ride is an extremely fun, extremely expensive update of the classic attraction that opened up in 1959. It's a great example of how you can take an existing area that has been neglected and update it to fit the desires of todays entertainment. And from here there is more to come.

It's a good time to be working for WDI. Unless a world wide recession hits, most of the parks are going to be getting a good deal of cash infusion. The success of "Pirates Lair" and "Nemo" add credibility to the argument John Lasseter and many Imagineers have been trying to get through to the Suits for the longest time.

Disneyland is the primary example of this. The park has received a great deal of attention since the departure of Paul Pressler and arrival of Matt Ouimet. The last few years the park has been treated much better than it has in a good ten years or more. Good times will not only continue, but the pace and scope of improvements will increase dramatically over the next few years.

My suggestion to Imagineering fans out there... go see Ratatouille. If it's a hit the success will simply add weight to the argument Uncle John has been trying to make to Iger. It'll be easier to grease the wheels when the Board meets a little later this year. This is the last test Lasseter will have until "Wall-E" comes out next summer and "Bolt" comes out in November of 2008, almost a year to a year and a half from now. Don't get me wrong, they'll most likely be successful, but the only crucial point of interest Iger and the Board will be looking at will be the Rat movie. If that goes well, Iger will most likely back more of the proposals that John wants. Can you imagine the elaborate attractions that he could have lined up for construction in the next year and a half? I've heard a few of his ideas and trust me... as much as I want Brad Bird's film to do blockbuster business, it's implications for the future of Imagineering reflects even more on my mind.

The future of many projects are in flux now... as the WDI restructuring continues, the new heads are focusing on some very interesting things and making sure the things they are working on will be fully funded and funded properly. That's something that is very important. Something that's been neglected for a long time. Some of these projects are going to be extremely expensive... take a great deal amount of time and show the unbridled creativity that has been locked inside that building in Glendale waiting to be unleased. The preliminary plans that are in the process of being approved are bold and exciting for us Disney fans. Make no mistake, the future of Disneyland is quite promising. The future of Walt Disney World has a lot going for it also... Disney resorts overseas are going to be part of the love as well. But we Disney fans can help seal the deal. We can have an impact... we may not know the extent of it. But as long as Pixar's streak is unbroken the mystique of the little Emeryville animation company will only make it easier for Uncle John to do for the parks what we've always been complaining about. So again, I ask you...

Go see Ratatouille when it comes out. Make it big.

Because it might send creative shockwaves through the halls of WDI... and we lucky Disney Geeks?

We'll be the ones to feel those shockwaves on all those new "E" tickets.
Posted by Honor Hunter at 6:25 PM

No need to tell me, I will be in line for Ratatouille on the first day it opens.

I hope it continues. I hope to be an Imagineer some day. I need some help deciding what to do though. I believe he should be called Uncle John, like Walt, except a wacky uncle who loves Hawaiian shirts. It's a great time to love Disney!

Very insightful post Honor. I am going to send some people your way.

This article fits in perfectly with what I am writing about.