Under A Black Flag, Pirates Take Half Billion... 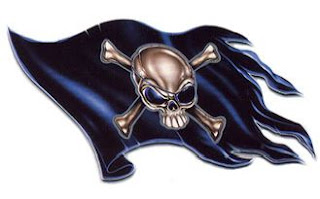 Somewhere in the bowels of the Team Disney building, Executives are smoking cigars and squealing like little girls as they log on to the Hollywood Reporter and drool.

Does anyone still wonder if they're thinking about making a sequel to this?
Posted by Honor Hunter at 1:07 AM