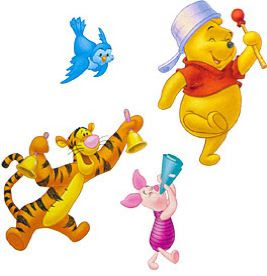 Today also would be the day that one of Walt's original "Nine Old Men" was born. Wolfgang "Woolie" Reitherman who went on to animate many Disney classics as well as direct several others like "The Sword In The Stone" or had a tremendous influence on a wonderful film like "The Many Adventures Of Winnie The Pooh" came upon this earth on this day in Munich, Germany. Thankfully, his family immigrated to America and settled in California... and we're all the better for it.

Labels: Birthdays, Nine Old Men, The Many Adventures Of Winne The Pooh, The Sword In The Stone, Wolfgang Reitherman