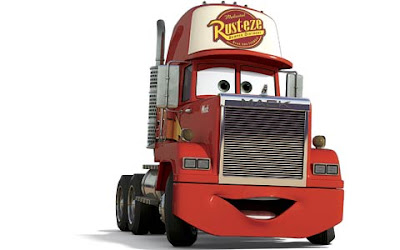 If you're a fan of Pixar then most of you know that one voice is familiar through all eight of their films. With all the success that they've had as an animated studio the one thread that binds them, with the exception of John Lasseter is the actor that has played a part in each film...

Those of you that have a good knowledge of Pixar's films will remember him as:

Born in April 6, 1947 in Bridgeport, Connecticut. John spent a good deal of his early life in small roles that most people would not know about. He was in "Gandi" but they dubbed his voice. He was buried alive in "Creepshow" and how many people remember him as a Rebel Soldier in "The Empire Strikes Back" named Major Bren Derlin? He had one line in that iconic film about shutting the shield doors for the night.

He spent many years in England where he became known for his stand-up with the English improvisational troupe "Sal's Meat Market". One day when he was in Los Angeles, John's agent called and told him to go audition for a role on a pilot that takes place in a bar. He went in and the reading didn't go over very well. The Producers of the show thanked him for his time and he started to leave. Right as he was about to walk out of the room he paused, turned around and asked the Producers:

To which they said: "What?" He told them, every bar he's been in has some person that rambles on like they know everything and then he proceeded to pick up objects around the room and make up ridiculous stories about their origin. The Producers laughed and thanked him for his time. He left thinking that he at least entertained them to make up for the really bad audition. A little while later he got a call. The show he auditioned for had created a part for him based on his "stick", the little routine he performed for them. And thus, Clifford "Cliff" Clavin was born. The show was "Cheers" and the rest is history.

In the early 90's when John Lasseter was looking for distinctive voices to fill the characters of Pixar's first film "Toy Story" he chose John because of his distinctly sounding voice and for the second time, the rest is history. John is a firm believer in Pixar's philosophy. "GM could learn a lot from Pixar's business model." He's been quoted as saying. He still is very close the folks up in Emeryville as his is one of the Pixar softball team. In fact, he had refused to play in "Toy Story 3" when offered the part by Disney unless Pixar was involved.

John is very active in the pro-ecology movement, having founded a company called Eco-Pak, a conservation minded packaging firm. He's still very active in doing voice work and does countless commercials, some even as know-it-all, Cliff Clavin.

John now hosts a series on the "Travel Channel" about things made in the USA called "John Ratzenberger's Made in America".

Oh, and he has a small part in a new "little" movie that comes out next year called "Wall-E"...

I hope the lucky streak continues!