That's ok, I'll translate. As of Monday the "Finding Nemo Submarine Voyage" has officially opened. If you're a Disney fan, if you're a Pixar fan, in you're an Imagineer fan or just like cool things then come to Disneyland and experience this.

It's really worth it.

For those of us that have had to suffer through the Paul Pressler years, this is a delightful peek into Imagineering's future. No lame ride this time. It's a fully emersive and layered theming experience that's an absolute must see. Want to see what John Lasseter has in store for Disneyland? DCA? The world? This ride should give you an idea as to what is in store for us. 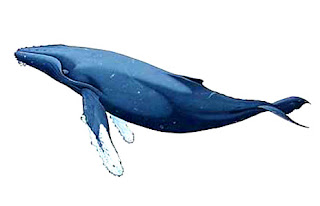 So arrive early, bring sun block and have patience... there's a looooong line.
Posted by Honor Hunter at 1:26 AM

I rode it yesterday. The line was really long, but the ride is soooooo worth it! If this is what John has planned for us. I can't wait to see what California Adventure gets.

Love the site, by the way.

I know this is an old topic, but I just wanted to say that I love the Finding Nemo Submarine Voyage as well!
*Also, I need to blow off some steam...

The haters can say whatever they want, but the point is, it is a very immersive ride that has some great nods to the original ride in its script. And more importantly, there was no cost cutting!
I love the fact that John Lasseter made sure that it was a great ride!

I just wish that Epcot's Nemo ride at The Seas Pavilion didn't use some of the same character animation.

Still, I'm glad that you like the ride Honor. :)

Cars Land can't get here fast enough for me!