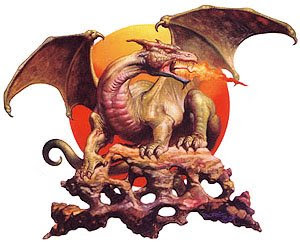 In another of our series of articles on scripts/pitches the Mouse had bought or optioned that went nowhere, we continue to bring you more examples of how to spend lots of money for something and then loose interest in it...

A girl returns to her small town home after her uncle dies to care for his estate. While home, she meets a man who seems too good to be true... and he is. Walt Disney Pictures paid seven figures for this "Romantic Fantasy" writen by Carter Beane, which was to be proded by Ashok Armitraj and David Hoberman. Adam Shankman was to direct.

Tales of Mystery and Imagination

Miramax purchased this one for six figures. Written by Michael Chabon, adapted from his upcoming book which had tales inspired by short story writers like H.P. Lovecraft, Edgar Allen Poe and Sir Arthur Conan Doyle. There would've been a horror story, a Sherlock Holmes adventure, a ghost story, an adventure story, a science fiction story, a story of suspense, a costume or period or historical story and a sea story. This is one of the projects set up by the Mouse that I hope will come out of development hell, because this one has true potential.

This "Action Comedy" written by Jason Richman was bought by the Mouse and Jerry Bruckheimer in the early 2001 and was supposed to tell the story of a Secret Service Agent and the hilarity that insued as he attempted to do his job. Sounds funny already.

Walt Disney Pictures and Jerry Bruckheimer Films paid in the low six figures for this fictional story by Ross Canter, of a young, teenage Thomas Edison. In the script, he teams up with Wild Bill Hickok and saves the Union from catastrphy during the Civil War using inventions that pre-date the great devices he'll invent in the Future. Bruckheimer Films executives Chad Oman and Mike Stenson were to produce.

Written by Heather McGowan, this comedy was about the daily trials and tribulations of a New York family. Gary Winick was attached to direct McGowan's script for Walt Disney Pictures. Nothing else is known about this one as it quicky sank into oblivion.

A supernatural thriller written by Danny McBride and Len Wiseman for the Mouse's Touchstone division. This script bought for mid six figures was another violent, action movies set up in responce to the visual style of Warner's "The Matrix".

Bought for half a million versus a high back end, this comedy was about a women with terrible luck with men. After repeatedly being on the other end of the “I-don’t-think-this-is-working” conversation, she meets the man of her dreams. There’s one small problem: he happens to be a homicidal maniac. Now THAT'S funny... Written by Michelle Wolff and Jennifer Heath, this Miramax film would've been produced by Lynda Obst and Frank Oz was in talks to direct.

Written by Mark Gibson and Philip Halperin, this sequel to the original family film would focus on a dentist who inherits a team of Alaskan sled dogs. Walt Disney Pictures was surprised that this was a box office hit and quickly ordered up a new story for a second film... we are still waiting on it.

Walt Disney Pictures bought this story of a family stuck in the Smithsonian Institution when all the exhibits come to life. Ahem, I take it the writers of this were too slow to get it written before "Night At The Museum" came out? This one is most definately... dead.

Well, as you can see... creativity is not dead in Hollywood or the Mouse for that matter... Yeah. Right. Actually, a couple of those ideas sound very good. The Michael Chabon project sounds like it would be alot of fun, but as with all things in development... it may never see the light of day. Hopefully some of the new things in development that we've reported here on BlueSkyDisney don't become features of a new "Forgotten Mouse Tales".
Posted by Honor Hunter at 7:01 AM

The Ultimate Low Self-Esteem Movie sounds like it would have been a great movie. Hopefully some of these movies will get out of development hell.

Animal lovers don't want a Snow Dog sequel. The movie was linked to the Alaskan Iditarod which is very cruel to dogs. For the facts about this cruel race, visit the Sled Dog Action Coalition website, http://www.helpsleddogs.org