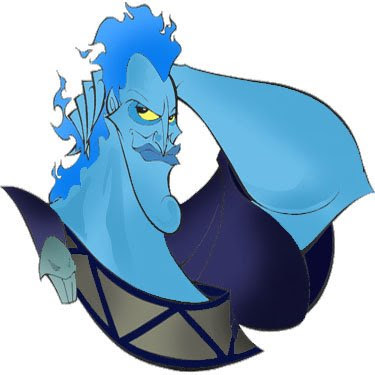 I figured I'd take a page from some of the previous posts I did with the "Forgotten Mouse Tales" theme and talk about some projects the Mouse bought, developed and let languish or just downright die on the vine...

"Development Hell" - media jargon for a film, tv show or screenplay that gets mired in studio politics or process and never actually is made.

There have been many, many movies that died before there was ever a frame of film shot. Sometimes, even the ink wasn't dry on the page when the project was thrown into limbo, never to be heard from again. Today, we'll talk about one such project that Disney tried to get made in the 90's. A personal favorite of mine...

Think of it as Raiders of the Lost Ark mixed with the epic nature of Lawrence of Arabia and the romance of Casablanca. Not a bad combination, eh?

The script was by the husband and wife writing team of Lee and Janet Scott Batchler, a renown pair of screenwriters in Hollywood whose most famous work people have seen would be "Batman Forever". Now if you didn't like that movie, let's not blame the Batchlers since a movie goes through so much Intrusion and constant studio politics that what winds up on the screen may bare little resemblance to what's seen on the page. They're also supposed to be responsible for one of Hollywood's greatest never produced screenplays known as "Nemo" which I've never been able to find a copy of.

Anyways, in the early 90's the Batchlers wrote a script called "Smoke and Mirrors". It was the story of a famous handsome, middle aged, French magician named Jean Robert Houdin(the real man Houdini named himself after, btw) and his much younger, lovely wife, Colette(who's also his assistant). It's a period pic set in Paris in 1855 and Houdin is a master illusionist. He's known throughout Europe for his abilities to mesmerize an audience. The French government enlist him to go to the French colony of Algeria to debunk an evil tribal Sorcerer that is terrorizing the natives and creating chaos for the French authorities. When they arrive there Houdin and his wife encounter a young, handsome French Legionnaire that has eyes for his wife. From there an epic battle takes place between Houdin and the Sorcerer that is sewn into a truly sweeping romance filled with action and heart from the first page to the very last.

Well, the Walt Disney Studios thought so... as did every other major studio at the time. A bidding war ensued and Disney's Hollywood Pictures emerged as the winner of a script that had Sean Connery attached to play Houdin... trust me, the part was written for him. He would've been amazing in this part. The role of the young Legionnaire was rumored to be going out to Tom Cruise and every hot actress in Hollywood wanted to play Colette.

So what happened? Hollywood... that's what happened. Egos and greed have a way of mixing and then strangling so much in Hollywood and the Mouse is not immune. All the major studios wanted it, but Warners was the biggest competition. Disney came out the winner by paying one million dollars for the script, and this was the early 90's when a million dollars meant something... ehem. Frank Marshall was quickly attached to direct. It's preliminary budget was set up at 60,000,000 dollars, which would be well over a hundred today... and all this happened in less than three weeks. Light speed in Studio terms... It seemed like a go, but then fate and Suits interceded.

They took a script that was so great they paid a staggering amount of money for and well... they rewrote it. So much for being perfect. Connery even wanted another pass taken on the script. More rewrites and time passed... Frank Marshall dropped out... More rewrites and millions more dollars... Sean Connery dropped out... More rewrites and more money sucked down into a drain the Suits used to justify it as being "their" ideas that would make it a great movie until momentum died down... and then it just died. The Studio lost interest and the project was put into turn around.

A movie that truly would have been an amazing epic was thrown away... it's astounding how much money gets washed down the development drain in Hollywood simply to fix perfectly good scripts. Having read this back then and waiting to see it made into a film with Connery, I can say that nothing needed to have been changed. It was a wonderful read and the only thing Disney should have been concerned about was getting it ready as soon as possible so Frank or someone else could have called "action!".

But that's the weird way things go in Hollywood. Even at the Mouse... sometimes entertainment companies loose track of the fact that they're supposed to entertain. Vanity, often gets in the way...
Posted by Honor Hunter at 7:18 PM