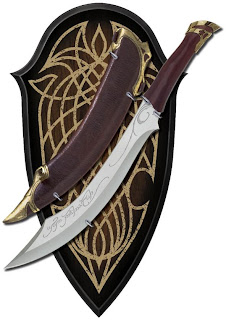 John Lasseter is the man with a job title that doesn't really befit him. After all, he's the Principal Creative Advisor when referring to WDI, Chief Creative Officer over at Walt Disney Animation Studios and Pixar... yet, what's his title at Disney Toons? It now seems he's being more influential over there as well with the "Tinkerbell" mess that "O-meon", Jim Hill and we here at Blue Sky have been chronicling. I mean, he's not got the final word and all over there, but his unmistakable fingerprint is on story elements that are going to be coming out of Disney Toons in the future. The "Brain Trust" at Pixar and some of the Disney feature animators have even contributed helpful suggestions to better the stories coming from there.

The new animation building of WDAS is still in the development phase with John and Ed getting feedback from artist and storytellers at Disney as to what the final form their new home should be. Imagine that? How would you like it if your boss asked you what the best environment would be for you to better or improve your work? After you would have picked yourself off the floor, I'm sure many things to create a better, more productive area would come flowing out. Most Suits wouldn't have any clue how to do this. It's a foreign idea to them that respecting ones talent and abilities is a great way to increase quality as well as loyalty. Most of the Bean Counters have forgotten this... Walt didn't. Neither it seems has John Lasseter.

He seems to be gathering more power and influence with each passing day. Executives in other divisions seek him out for suggestions and approvals even though he officially doesn't control them. Some fear him. Some even despise him out of simple jealousy. His linkage to Iger seems to grow as time passes because Bob genuinely respects John. Not forgetting to mention Ed Catmull, whose power and influence is felt as well. But his power tends to stay within the animation walls. Uncle John, as I've come to call him... well, his power seems to be seeping out into the general culture of the company. Now this doesn't mean the Bean Counters and Suits will start wearing Hawaiian shirts and acting all giddy-like. But it's a positive step in the right direction. And Uncle John knows his influence over the folks in the Team Disney building will only go so far.

That's why he's building his empire a little further away. In Glendale. On the large campus in the Grand Central Business Park where Imagineering is headquartered and the new animation building will be going up, is the quite construction of a haven. A sanctuary, if you will, for those that are the creative parts of the Walt Disney Company(read: WDI, WDAS, Disney TVA and Disney Toons Studios). This will be a place where Lasseter can cultivate talent and ideas for film, television and parks... let's not forget parks.

You see, over the past year Uncle John has learned a thing or two about the corrosive culture in Burbank. It's not a culture he likes and he's smart enough to know that to change it would be too much of a burden for one man... even he. So what he's done is to try and move all the creative parts of the company off the lot, so to speak. He's trying to center them in Glendale. This way, even a mere fifteen minutes away, he'll be able to control and cultivate the parts of the business that make Disney it's money. The ones the corporate culture find alien... these are the same people that were running around with their hands smacking their heads the night they saw the first dailies of "Curse of the Black Pearl". When one Suit was heard to say about Johnny Depp's performance:

The executive know-it-alls even sent him notes explaining how he SHOULD play the character. LOTS of notes. Johnny didn't take too kindly to these suggestions and stood firm in how he felt Cap'n Jack Sparrow was supposed to be played. If they didn't like the way he was doing it, he suggested they fire him. Luckily for the Suits, they backed down and didn't fire him. In fact, they all love him now. Love, love, love him to death...

This is the kind of thinking people that deal with numbers do. Which is fine if what they're dealing with is numbers. But somehow, many of them got put into creative decision making. Michael Eisner over the last decade of his reign became very confrontational with the creatives in the company. Almost as a vendetta, he put the Suits in charge of creative positions to control them and pit them against one another so they wouldn't go against him.

Remember that meeting I told you about in an earlier post? The one where Uncle John told the Suits that it they didn't know how to draw they didn't belong in that building? Well that was just a subtle remark he made to let them know where they stood in his world. In his little empire... the one that's slowly gathering power, force and momentum in Glendale. It's going to let everyone in Burbank keep track of the numbers and run the Mouse's business side... but if they try and mess with the creative side of the Mouse...

It's going to be war.

They all know it. Bob Iger knows it, Dick Cook knows it, Tom Staggs knows it and Steve Jobs does too... And as long as Disneyland is having record attendance and Pixar and Disney are having more and more success at the box office... Uncle John's power is going to continue to grow. That is going to be a great thing for we Disney Geeks. We'll benefit in the beginning from the decisions he's already made in the short time he's been there. He's very involved and passionate about these things. If you don't believe me, ask some of the people he rode the Finding Nemo ride with at Disneyland last week. He cares about entertainment and quality and made sure to notice how people liked the ride. He cares about Disney's future success. And if it keeps up, there are some major decisions that Uncle John wants to make that will have profound impact on the Mouse culture from what I hear. The decisions he's already made are things that will start to see happen over the next couple years, but the other stuff he wants to do will take a little longer. That's the stuff that we'll start to notice near the beginning of the next decade. And these things won't end at the stroke of midnight like they did for Cinderella... this will be Disney magic that will have lasting implications late into the next decade for all Disney fans.

A new course had been charted... one that most of us can't see yet. But one that is bright and beautiful. Like Cap'n Jack Sparrow said at the end of "Curse of the Black Pearl" when he took the wheel and looked off into the distance ahead of him:

"Bring me that horizon".

You don't know it yet, but that horizon's coming. And boy, is it beautiful. Lovely even... and there's not a Suits or Bean Counter in sight. Now isn't that something truly great to look forward to?

Great article. I hope that Lasseter is able to break the culture that has stiffled creative growth at Disney for the past decade or more.

Thanks for another smart, intellectual and well-written post about Disney. Specifically Imagineering and Lasseter.

Not that we need any more accountability with Uncle John, but the more positive posts concering creativity and WDI--the better!

How do you know what's going on in John's head? Did he tell you all of this information? You present it as fact, so I just wanted to check your source.

I don't think I was implying I've been inside John's head. I was talking about the strategy he's adopting... I wouldn't have to be inside his head to see what he's doing.

My sources are what I'm quoting, anonymous. If you choose not to believe me that's your right. I'm simply telling you what I've been hearing and what I've been told. Everything on this blog is my opinion based on sources I have contacts with.

Thanks for posting about the article at least... it shows you're reading it, even if you don't agree with it. Take everything I say with a grain of salt. I won't be offended.

Does this person expect you to give him your sources and therefore allow them to be fired for leaking info?

Dear lord, don't compare yourself to that scumbag jim hill...it's NOT a flattering thing to do.