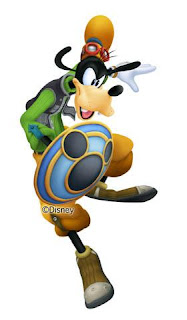 This is sort of a follow-up to my "John Lasseter's Glendale Kingdom" article. If you remember I mentioned Uncle John's growing influence within the Walt Disney Company. How he's slowly taking all the creative parts that involve animation and the parks and is consolidating them on the campus in Glendale where he'll have more control over them.

My post about John Lasseter's grip over DisneyToons tightened more on Tuesday. Sharon Morrill stepped down from her position as head of DisneyToons. As one source told me in an e-mail: "Ding dong, the witch is dead". Clearly, there was bad blood between the animators and some of the Suits. But Morrill was not liked by my sources... in fact, some of the words they used to describer her are very "un-Disneylike".

Even Jim Hill is reporting the demise of the Sharon Morrill after 13 years of what one animator described as: "making lots of money while raping it's classic characters". This spells the end of the "cheapquels". From now on Alan Bergman will control DisneyToons with a LOT of influence from Uncle John and Ed Catmull. Maybe we'll start to see this division make a great deal of money without having to pimp the classics.

Bob Iger is clearly showing a great deal of respect for the Creatives. It's so refreshing to have an executive who doesn't have to always BE the spotlight. He understands that if he just gets out of the way... Great things are possible.

Now that's what I call influence.
Posted by Honor Hunter at 6:32 AM

I'm no longer an Atheist. This is proof that God exists!

Thanks for the report.

Did you notice that you were mentioned on The Disney Blog yesterday?