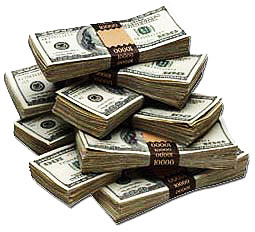 Disney's Chief Financial Officer, Tom Staggs told a group of journalists at a briefing in London that Disney Interactive Studios will triple the amount of money it spends developing video games to benefit from strong growth prospects in the global market on Friday.

"Over the next five years or so we are ramping up to about a pace of $350 million per year in video game investment, principally consoles and handhelds."

This is a dramatic increase in what was spent on development last year, which was about 100 million. The company will have a variety of new products it is working on. Of course, a good percentage of the development will be for "content" franchise like Pirates, films, animation characters or other corporate properties. About 70 percent of development will go towards "content" franchises with the remaining development spent on creating new intellectual properties. Sometime later in the year, one of the first of these games, a "Pirates of the Caribbean" multi-player online role which lets gamers inter the world of Jack Sparrow. Staggs feels that the future of gaming for DIS is just getting started:

"We would like to see video games become a vibrant creative venture."

Like the film unit, Staggs said the focus at DIS will be on the Disney aspect of the market:

"What we are doing is trying very deliberately to develop our core capabilities in video games content development, leveraging what already exists in the Disney brand."

The fruits of this investment won't be seen for a couple years, so the investment by the end of 2008/early 2009 we'll start to notice the content that's been internally created and wether it's new policy is working.
Posted by Honor Hunter at 6:25 AM

Sounds great to me.

I game. My wife games. My two kids game.

We spend more on games on a monthly basis than we do on movies or DVDs.

I am part of the first generation to grow up with games to have children that game.