Beauty And The Release... 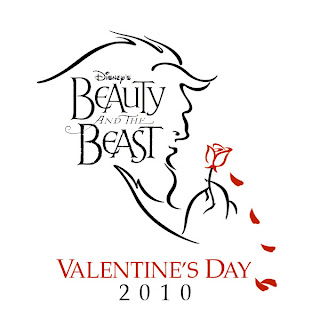 While the Disney Animation Panel was a smashing success, it did contain what I consider one beautiful jewel...

And no, I'm not talking about the two great scenes from Walt Disney Animation Studios "The Princess and the Frog" which were amazing throwbacks to the early 90's from what everyone is telling me.

I'm talking about the official announcement of the Valentine's Day release in 2010 of "Beauty and the Beast" in 3D. If you've been reading this blog for long, then you know it's my favorite Disney animated film. And although I have still to be convinced of the lasting presence of 3D, I am glad I'll get to see it on the big screen again. Also, it'll be interesting to see how young kids react to this film that they've seen only on the home screen.

Don't know what's worse. Another re-release or those bad puns.

I thought it was rather clever myself.

And Beauty and the Beast is no normal re-release. That is a classic movie that belongs on the big screen.

I'm bringing my boyfriend to see this on Valentine's Day.