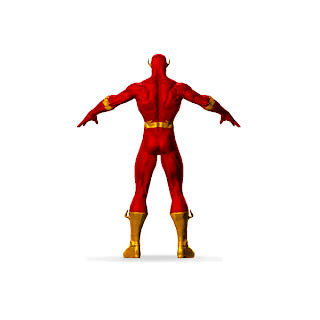 It seems the other big comic book company is making inroads into Hollywood as well...

There's a great article over at the Hollywood Reporter about the development of comic book properties from DC Comics. Now if you don't know who that is, well you're not a geek, like myself and others. So if you don't know, it's one of the two largest comic book publishers (the other being Marvel Comics, of course) that both hold about 90% of the market, give or take some fluctuation in the actual amount. It looks like DC, the older comic book publisher is doing some interesting things in regards to bringing those underwear suits to the silver screen. Give it a read.

Boy, I'm hoping. Superman Returns doesn't leave me with much hope, and the slate is a little underwhelming. I have high hopes from Green Lantern and Flash movies, and Red will probably be good, if not obviously a "DC" property.

Things like Jonah Hex, I'm not so sure about, and I'm worried that a poor performance with those properties might torpedo much better projects before they get off the ground. Like a decent Superman movie, maybe? Superman Vs. Batman? Wonderwoman? Green Arrow? I just tend to think there are a lot of potential DC franchises to hit, and that a poor performance of films based on graphic novels or 2nd tier characters might affect the future of first-tier movies. For example, a Sergeant Rock movie shouldn't tarnish a potential Flash film. That sort of thing.

I'm just meandering. I'm excited that some more DC properties will finally be making their way to the big screen.

Yeah, Marvel making a film about an obscure character that's a black vampire hunter will never be a success as a film either, right?

Umm... Actually I'm not sure how the upcoming DC Roster is underwhelming. If you read the compelte article you'd know that they're in the process of adapting most of their A-Listers into films, as well as some more obscure characters. Flash, Aquaman, Green Lantern, Teen Titans, Not one but two Green Arrow films, Adam Strange, Shazam. The only names conspicuously absent from that list are Superman and Wonder Woman.

If you can't do Superman right, none of the others will work.