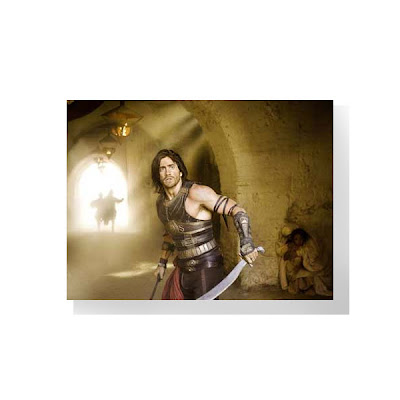 The first officially released photo from Walt Disney Pictures "Prince of Persia" is out...

Jake Gyllenhall looks rather princely, doesn't he? The question is, does he look Prince of Persia, princely. It doesn't really tell us much in the Entertainment Weekly article. The script has been changed since I read it and did my review, for good or bad I don't know. But the version I read was a good script which could've made a very good film in the right hands (cast and crew). Still don't know what to think of this one. I'm interested in seeing the trailer when it comes out later this year.

I hope it does great and Mechner makes a last express movie.

He doesn't look persian. Still hope it's a good movie though. And still looking forward for it, tentatively.