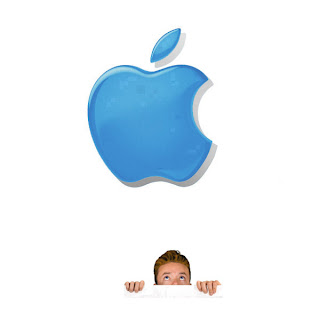 What if they had a recession and Apple, Inc. decided not to attend...

Really? Have you seen the latest quarterly results from the Little Fruit Company that came out the other day:

* The economically immune (seemingly) company reported revenue of $8.34 billion and profit of $1.23 billion ($1.35 per diluted share) in the current quarter that just ended.

*Mac computer sales, 2.6 million units, which is a 4 percent increase over a year ago.

*Apple also sold 5.2 million iPhones, a 626 percent jump from the same period last year. The iPhone sales were increased dramatically from the June 19 release of the iPhone 3GS.

*The only negative was that iPod sales dropped about 7 percent to 10.2 million units sold, this was largely the result of declining sales in the overall MP3 player market and expectantly, a loss of market share to the iPhone.

Not bad for a global economy that's in the tank.

The iPhone was projected to have just around 10 million sold in its first year and it easily met and surpassed that number. It's currently on track to sell well over 20 million in the current year and shows no sign of slowing down. New users that have never bought an Apple product feel comfortable or even curious about buying one of the company's Macs after experiencing the iPhone. And all this without one of those "One More Thing" moments for over a year. It makes one wonder what they've got up their sleeve for the end of this year/early next year.

Not to mention what the Chairman of Apple has to say at the next Disney Board Meeting...
Posted by Honor Hunter at 12:18 AM

Steve Jobs is a GOD and Apple products are great because they JUST WORK.

You are SO observant...

Really? My iphone died. Their proprietary batteries suck too. The 3.0 software update slowed everything down on my 3G. That's Apple's way of trying to force you to upgrade to the new 3GS. Apple is just another name for Microsoft.

There really needs to be an alternative platform (and no I don't mean Linux). The "I'm a PC"/"I'm a Mac" consumer choices are restrictively the lesser of two evils. An alternative option to both that could become a real competitive threat to either would welcome competition and free up the dependency stranglehold both of these companies shackle on their users.

What's wrong with Linux? Do you even know what Linux really is or what it is being used for?