From Conception To Birth... 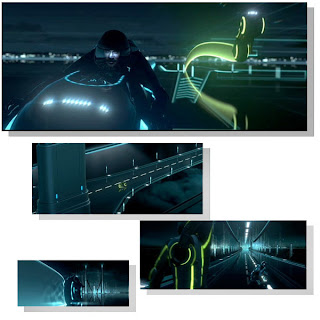 Last year in San Diego, fans got to see what Walt Disney Pictures had been working on for the proposed "Tron" sequel and now you can see it too...

The Mouse has released the concept trailer that Joseph Kosinski filmed to show the Suits what he was aiming for. It appears they liked it, but were a little nervous about committing to a budget this big without knowing there was enough demand for this film. That screening last year convinced them to greenlight the pic and, well, here we are. 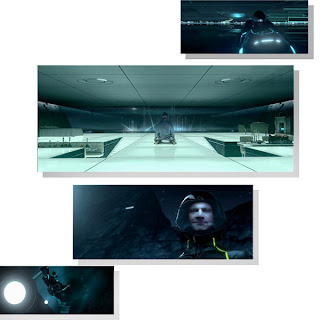 Apparently they're going to try and screen the film at Comic-Con next year, even though it will be in unfinished form and not released until later that year. That's right, as you can tell by the trailer, the film will be in selected theaters in 2010. This more than likely means that it'll be a holiday release. But what about those down in San Diego? I'm sure fans of this cult classic are going to be very happy to hear this as they book their hotel rooms for next year. I know how they feel. 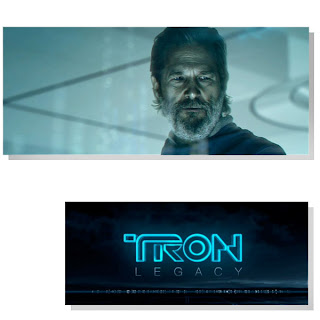 Now where is that credit card, this hotel receptionist is getting a little impatient...
Posted by Honor Hunter at 2:17 PM

Hi Honor, this looks awesome. The original is why I think I ended up in computers. This snippet looks brilliant and I can;t wait to see it in 3D.

So glad they finally released this. I was hoping it would be on the TR2N bluray but this will do nicely on my PS3.

I don't blame those Suits for being nervous, if rumors are true of this movie costing around $300 million. Although I've never seen the original Tron, it sounds like this remake/sequel will be a promising film.

I like how they didn't even change the file name. Is this being billed in it's release as a concept test, or as a trailer? Because it seems to be spreading 'round the net as the latter.

Somebody in the rendering department is getting fired.

Concept Test is exactly what it is. Actual filming was done after this test was accepted and approved. The scene shown in the test will probably not be in the movie.

I had an orgasm watching the test footage. The movie will likely induce cardiac arrest.

Soooooo Good! I watched it three times through straight. I haven't been this excited about a movie in years. Go Disney Go!

Wow a bunch of CGI race sequences. It was better when this movie was called Speed Racer.

TRON will TRWN all your asses.