Interview With A Cult Survivor... 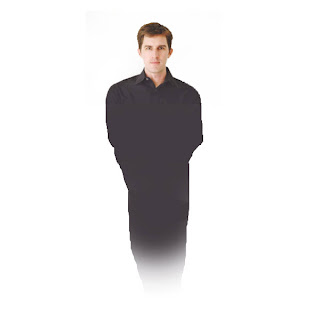 That lucky bum, 'El Guapo' over at Latino Review got to interview the director Joe Kosinski and producer Sean Bailey of "Tron Legacy," and fawned all over them and the director's shirt like such a geek. If it had been me, I wouldn't have fa... ok yeah, I would have. That shirt really was sweet, George.

Click over and watch the director and producer tease him about what's coming next years sequel to the cult classic (can you believe it's next year?). Again, I wish I could have been there. I hate missing Comic-Con since I've been going for a decade. But this year I had something come up. Now, I do have my tickets already to the D23 Expo in Anaheim so I'm going to try and make up for missing all the nerdiness that happened this weekend, that weekend. But I can't wait till 2010 to get to see the legacy.

Game on, holidays next year...
Posted by Honor Hunter at 9:55 PM

What are the requirements to be considered a "cult classic"? By its very nature, doesn't that term imply the first movie didn't have a very large following? Or perhaps a more fair way of wording it would be a relatively small, but passionate, fan base?

Guess I'll have to rent it someday. Reading some of the posts here makes me feel like I should be ashamed that I've lived 30 successful years on this earth and haven't seen TRON yet.

Yes, be VERY ashamed. TRON IS a cult classic.

Calling this thing a classic is like calling a peanut butter and jelly sandwich a cuisine. Don't feel bad for not seeing it...I'm sure you had other things keeping you busy, like a life.