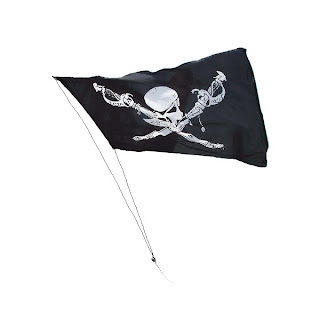 Walt Disney Pictures Oren Aviv talked to Coming Soon about the coming fourth "Pirates of the Caribbean" film and gave some firm dates for a change.

They're going to be shooting in May and June of 2010 for a summer 2011 release. At least tentatively. You know how release dates can change. I take it from this that "The Lone Ranger" film will not be out till 2012 as Mr. Depp is going to be pretty busy. Aviv also mentioned that should the project be successful it will lead to another trilogy.

And the tone will be smaller, as the scale of the last trilogy would be pretty difficult to top. Or is that code for "please keep the budgets under control" maybe? Interesting stuff. More to follow in the months ahead.

Developing...
Posted by Honor Hunter at 7:17 AM

Cool. I would LOVE to see another POTC trilogy as it is my favorite franchise. Even the second and the third I love more, despite all the idiots who don't like them.

I'm disappointed however, that it appears Will and Elizabeth will not be in this movie. That is going to leave the movie missing something, and it's sure to get negative reviews--like with Transformers 2--but still wallop the box office.

whats the "long ranger?" a new cinemax made for tv late nit flick??

Say it isn't so! I think 4 would just ruin it! But will have to wait and see. I am not for it.

You know what's more idiotic? When people call others idiots because they have a different opinion on something than they do.

And for the record, the last two Pirates films were nowhere near the same caliber as the first. Just look at how their reviews compare. Critics are critics for a reason, you know.

I would love more Pirates movies, but at the same time I want it to be really good. And I hope Will and Elizabeth will at least appear in Pirates 4. The last trilogy was so amazing, I hope this one is the same caliber.

Actually, I made a mistake: The third, though fabulous, is not as good as the first and second.

Me, I don't care about Will and Elizabeth. Especially Elizabeth. She was such a freaking TOKEN. A governor's daughter, pampered all her life, but boy, put her on a pirate ship and suddenly she can swordfight and sail a ship with the best of them. She was such a politically correct token female I wanted to hurl. She damn near ruined the franchise for me. And for the record, I'm a girl too.

Looks to me like pirates of the caribbean will be doing better in the box office, then we all originally though it would do in the box office, when its released to movie theaters in 2011. And thats because we all who will want to see that movie wont have to end up waiting until 2012 to see it!, instead this time around it looks like we'll be able to see it in 2011, as orginally planned!=).