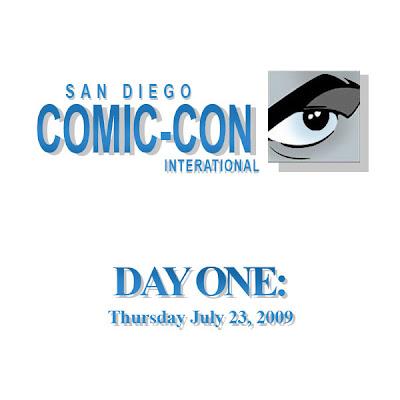 Just to give you a heads-up on the coming return to Geek Mecca...

4:45-5:15pm: "The Imaginarium of Dr Parnassus"
Footage from and Q&A session with Terry Gilliam about the fantasy film starring the late Heath Ledger. Hall H.

The irony is this used to be the slow day for the event. It's now becoming as crowded and filled with events as the Friday and Saturday days. Yikes, this makes one's choices even harder. For me, next year will be exhausting. And this year?

It'll be disappointing, since I won't be there...
Posted by Honor Hunter at 9:04 AM

I'd love to be able to go one day.