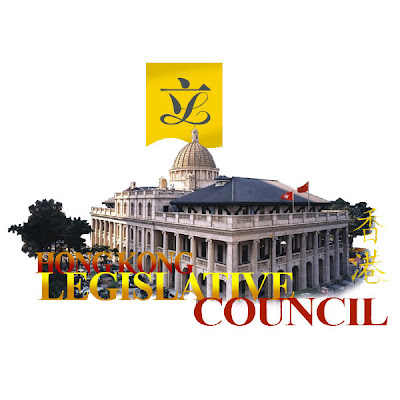 When it comes to Hong Kong, it's sometimes hard to tell the bad guys from the bad guys...

So who is the real Disney Villain in this story? Everyone seems to be placing all the blame on the Mouse for the decision to build the children's land, Toy Story Land. Many feel this is yet another representation of the Eisner/Pressler era and the company hasn't learned from it's mistakes.

To be fair, Disney has done many things right and many things wrong. Several have to do with the deal it made with Hong Kong. But believe or not, there are times when the Walt Disney Company gets blamed for something and it's not its fault. There are times when other parties are to blame. And while no party has clean hands in this case, the Mouse's hands don't have near as much dirt on them as the governing body in Hong Kong.

Let me unpack that statement for you.

For the past couple of years, the Mouse has been willing to fully pay for the expansion. To fund it entirely as it's doing since this agreement was announced. One of the main problems was for Disney to do that, the HK Legislative Council would have to give up their percentage, or the majority hold they have over the resort. This was a major sticking point during these negotiations.

The three lands that you've seen were still there, at least two. Mystic Point and Grizzly Peak, but there was no TSL. The mysterious Glacier Bay area was within this area. As others have noted, the Hong Kong government didn't like this as it was too close to the expansion of Ocean Park. The Toy Story expansion came late within the game, but if you don't like it, trust me, it's far better than some of the other ideas they had regarding themed areas. Their concept of putting attractions in had nothing to do with detailed theming and would have made the Pixar themed land look much more extravagant than it is compared to what they were willing to build. In this case the Disney company was adamant about not letting that kind of low quality seep into the companies newest park. It was a case of each party locking horns over the disappointment of very high expectations. It would have been interesting to see the addition of the expanded Pirates extension of Adventureland, but culturally the Hong Kong officials have a bias against that attraction. Oh well, I guess we'll have to wait for another "Magic Kingdom" style park to get a look at what could have been in Hong Kong.

But remember that the Hong Kong Disneyland park/resort is bent on expansion and that should include the addition of a retail/entertainment complex within the 2014/2015 time period as well. The budget for this won't be included in the park expansion, just as the hotel and Downtown Disney expansion of the Disneyland Resort are separate from the Extreme Makeover budget of DCA. These parts of the resort are also desperately needed as they keep guest from leaving the parks and hotels and spending their money elsewhere in Hong Kong. It's in the works, trust me. Should the economy not sink lower and make this implode there should be some interesting announcements in the next year.

As more details come out, I have a feeling the artwork and detail will come to win over most critics, but understand that this expansion leaves plenty of room for growth and added detail. The park will be much grander and a fuller, richer experience for the growing number of guest that walk through the turnstiles the middle of next decade. It should finally look the way it was supposed to when it opened. Far bigger, more rides.

Hopefully by then, the villains of this story will be gone or at the least have many of their arguments vanquished...
Posted by Honor Hunter at 12:23 PM

I believe you have mixed up with the Administration Body of HK Government with the HK LegCo.
It is the Central Administration of HK Gov who was involved in the negotiation with WDC for HKDL's expansion.

Gotta love it when a government thinks they can design a theme park. wow.

I don't blame Disney at all - look at what happened to Tokyo DisneySea. Eisner was to blame for DCA imo.

Poor "HK LegCo" got the blamed for which they have nothing to do with the "Toy Story Land" addition. It was the Administrative Body of HK Government who was involved in the decision making and negotiation process for HKDL's expansion.

The Administrative Body is part of the HK LegCo.

Approving the Financial Arrangement is one thing. Negotiating with WDC is another.

It was HK LegCo who questioned the senior gov officials why "Toy Story Land" was added.

I am sure you are not Hong Kong local or hongkongers and thats why there are some confusion and misunderstandings.

The Administration of HK Gov
The main administrative and executive functions of government are carried out by 12 policy bureaux and 61 departments and agencies, staffed mostly by civil servants.

The problem with this is Disney should not have gotten in to bed with the Goverment at All. Disney is going to have the same problem when they go into China. The best partnership is the Tokyo Disney that is the way Disney should have done Hong Kong Disneyland.

Also, should read:
Disney knows theme parks, governments don't.
The possessive shouldn't be used for past tense or plural, every school child knows this.